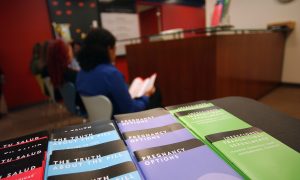 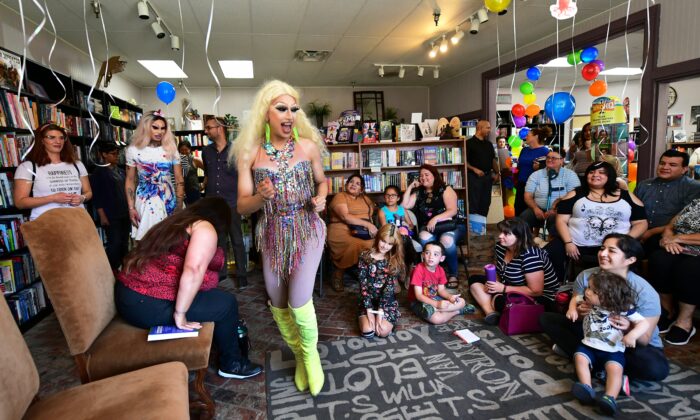 From the Drag Queen to the Swamp

In the Sohrab Amari versus David French debate, liberals didn’t understand why such a big deal was made about Drag Queen Story Hour (DQSH)—having drag queens read stories to children. There are 16,000-plus public library sites in the United States. Why bother with a passing event at a few dozen of them?

The answer: Because DQSH is part of a sweeping socio-political movement that confines religious faith of social conservatives to homes and churches.

That’s not the opinion of social conservatives alone. It’s the judgment of the most powerful library organization in the country. The American Library Association (ALA) has 57,000 members and annual operating expenses of $40 million to $50 million. It sets policies for librarians, hosts meetings, gives awards, and receives piles of federal funds (more on this below). It’s also a zealous advocate of DQSH and LGBT viewpoints broadly.

The ALA website provides toolkits and resources for librarians who wish to host a DQSH, showcase LGBTQ materials, and respond to protests of them. When DQSH became controversial, the ALA restated its “commitment to combating marginalization and underrepresentation within the communities served by libraries through increasing understanding of the effects of historical exclusion.” For social conservatives who don’t like it, well, the ALA has no sympathy.

The alignment of DQSH with a universal project of fighting discrimination is the set position of the organization. It has a Gay, Lesbian, Bisexual, and Transgender Round Table that selects an annual Stonewall Book Award and maintains a “Rainbow Book List” of LGBT titles recommended for “young readers, from birth through age 18.” The ALA urges librarians to “Defend PRIDE at Your Library” should anyone dislike the “hearts, rainbows and sparkles; colors streaming from the ceiling; information and inspiration spotlighted wherever space is found.”

ALA isn’t afraid to join fiery political debates over the issue, either. Two days after the Trump administration pulled “gender identity” out of Title IX (which President Barack Obama had inserted by fiat in May 2016), the ALA issued a response with the heading, “ALA strongly protests rollback of protections for our nation’s transgender students.” Indeed, before and after the election, the ALA repeatedly criticized what the rise of Trump supposedly entailed: racism, xenophobia, and oppression.

Just after the inauguration, one division of the ALA announced, “The recent disappearance of pages from the White House website and attempts to silence scientists and the media are of serious concern to our Association.” A few weeks after the election, the ALA urged members who were attending a meeting in Atlanta to join the Atlanta March for Social Justice & Women, one of the many women’s marches in the wake of Trump’s victory.

Around the same time, the leadership posted a boilerplate statement that said, “ALA offers expertise, resources to incoming administration and Congress,” but the president of ALA got so much censure from members that she rescinded the post and issued a new one stating, “we would like to continue conversations with concerned members as to how the ALA will support our core values as we deal with this new administration.”

There is much more. Reading through ALA’s relentless affirmation of diversity and inclusion, drag queens and trans kids, you realize that you are in the company of brazen ideological partisans.

Yet here is how the administration has dealt with the ALA.

In 2019, the Institute for Museum and Library Services awarded the ALA $240,357 to support media literacy training for adults and $241,113 for “community engagement training materials.” It also gave the ALA $150,000 to host “a national forum to discuss removing barriers and improving the experiences of people who recently immigrated to or sought refuge in the United States.” In 2018, the ALA drew $497,635 to “train 11,000 library staff … to facilitate computer science and computational thinking.”

To be sure, these programs aren’t overtly political, though the one that assists immigrants and refugees certainly has a political motivation. But still, it’s galling for social conservatives who support the administration to see organizations that despise them continue to receive hefty funding.

This is the genius of the left. If those funds were cut off, the ALA would quickly accuse the administration of politicizing a process that should remain peer-review-based. The ALA is supposed to be a professional organization built on norms of scholarship that avoid partisan politics. It maintains programs that do observe those norms, and it maintains close connections to the federal agency that serves libraries.

But that hasn’t stopped the ALA from adopting leftist commitments, in this case, hard identity politics. The strategy is a clever one: to politicize an institution that does partisan cultural work, then demand that conservatives in government maintain viewpoint neutrality toward them because the institution preserves a segment of its activity for traditional programming.

Historians of the left recognize the strategy as “the long march through the institutions.” If ordinary democratic maneuvers failed to produce radical reform, the strategy says the best way for leftists to succeed is for them to infiltrate the professions, and cultural and educational organizations.

From those posts, they can have it both ways, proclaiming professional competence and academic standards while pushing political designs in classrooms and libraries and museums, in training and hiring and promotion, and in the streets.

As we can see from the fact that the ALA continues to enjoy lavish support even under a president whom the ALA leadership despises, the strategy has been a remarkable triumph.