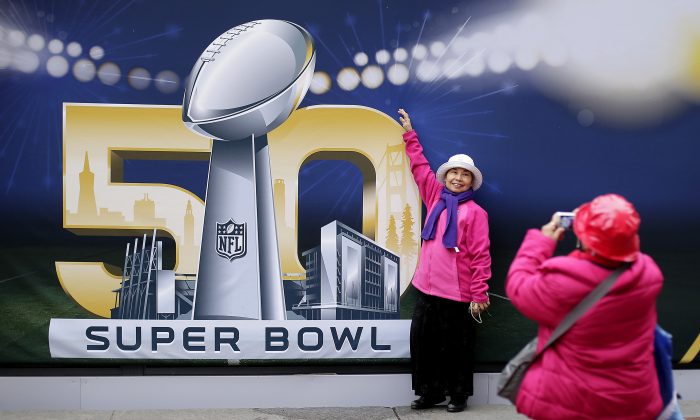 From the AFL-NFL Championship Game to Super Bowl 50

Played in the dead of winter in the United States across various time zones, the “Super Bowl” on “Super Sunday” has become a de facto American holiday, right up there with Christmas, New Year’s Eve, Thanksgiving and the Fourth of July. For many, better.

Of the top 10 most watched American television programs of all time, nine have been Super Bowls. The game has been broadcast live to more than 200 nations in more than 30 different languages. Many countries send TV crews to the venue where the Super Bowl is staged. Nations like Brazil, China, Denmark, France, Germany, Hungary, Japan, Mexico, Russia and the United Kingdom have opted in to do this for a more personal take on the big game.

Audiences have numbered about one third of the population of the United States. Millions of conversations about the game will take place on social media in real time. The Super Bowl produces more twitter tweets than any other sports event.

There are many who tune into the game not to view it but to watch the inventive and alluring commercials, the elaborate pre-game and halftime entertainment, the stars on parade.

From the simpler entertainment that was featured at the first championship game in 1967, a cavalcade of “A list” personalities have lined up to perform at Super Bowls throughout the decades. Top-echelon entertainers are eager to become part of the extravaganza because, as Paul McCartney observed: “There’s nothing bigger than being asked to perform at the Super Bowl.”

The Super Bowl is big-time boom time for businesses. Several million large-screen TVs are purchased weeks before the game. Super Bowl Sunday attracts the most NFL football betting action. All manner and type of “official” Super Bowl products are marketed.

Closed door secret balloting by all NFL owners and a super-majority of 75 percent has been the pathway through which a city has been awarded the right to host a Super Bowl. Part of the deal for a city to even be in the competition is that a brand new venue be the environment for the playing of the game.

The face value for a ticket to attend that first game in 1967 ranged from $10 to $15. The 2016 Super Bowl tickets cost about $650 each. The 32 NFL franchises, according to Forbes, are worth an average over $1.2 billion each. Pro football, overseen by the NFL, is a $10-billion plus industry, according to ESPN.

The winner’s shares for the 2016 Super Bowl will be well over $100,000 each. Losers will get more than $50,000 each—both vastly different sums from the first Super Bowl payout of $15,000 for winners of the first Super Bowls. Taking into consideration that the playoffs last only four games at most, salary-wise for players it is almost like having another season.

And to think that when it first began, National Football League Commissioner Pete Rozelle’s biggest wish was that it would surpass the World Series in importance.

He surely got more than he wished for.

Dr. Harvey Frommer is in his 40th year of writing books. A noted oral historian and sports journalist, the author of 43 sports books including the classics: best-selling New York City Baseball, 1947-1957 and best-selling “Shoeless Joe and Ragtime Baseball. He also authored the acclaimed Remembering Yankee Stadium and best-selling Remembering Fenway Park. The prolific Frommer is working on “the Ultimate Yankee book” to be published in 2017.