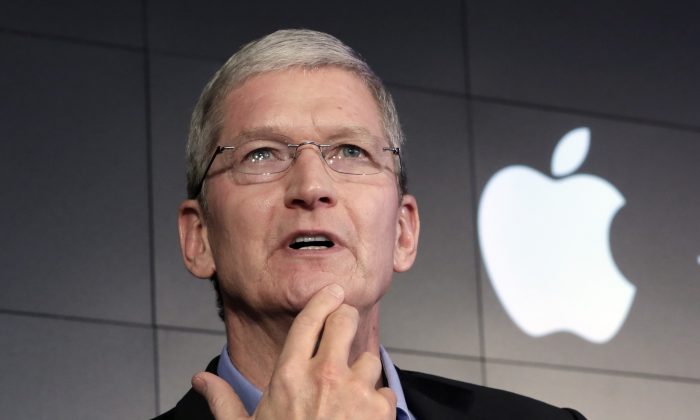 Tech giant Apple’s share price, that peaked above $132 a year ago, is now around $94. This is despite the news that Warren Buffett’s investment conglomerate Berkshire Hathaway had recently acquired more than 9.8 million Apple shares. Since last year’s market peak, Apple has lost around one-quarter of a billion dollars in market capitalization, with a reduced valuation just above $500 billion.

Earlier this year, Apple reported its first year-on-year decline in sales of smartphones. This was caused by a number of factors, including the continued ascendance of Samsung (which passed Apple’s smartphone sales in 2010) and the emergence of a large number of Chinese and Indian manufacturers of powerful yet cheap alternatives.

The big question is what’s next for Apple?

Those with an eye for history find plenty to ponder. In mid-2000, the Finnish firm Nokia dominated the global mobile phone industry. Its market capitalization exceeded $269 billion at its peak—just before the NASDAQ tech crash of late 2000. Today it’s worth around one-tenth of that amount, and in 2011 it ignominiously exited the mobile handset business it once dominated.

What happened back then to ruin the Nokia party was Apple. Under the leadership of Steve Jobs, Apple transformed itself from a niche seller of its idiosyncratic PCs to a powerhouse of mobile telephony. In doing this, Apple saw the opportunity to sell not just phones but also access to an ecosystem of music, apps, and other content. In this regard, it was a classic industrial disrupter—changing the rules of the mobile industry’s game. Apple led the way in making the consumer the center of the mobile experience—a lesson that its competitors failed to learn until much later.

The big question is what’s next for Apple? The company is sitting on a massive pile of more than $200 billion cash—produced from the vastly profitable iPhones that for the years after its 2007 release commanded a strong price premium over its competitors’ phones in an increasingly crowded marketplace.

Today, however, those competitors have learned and Apple, in a relative sense, is struggling. Having lost the momentum in mobiles, it can no longer demand and get a significant price premium for its products. Thus, both margins (the profit per dollar of sales) and sales numbers are in decline. The worry is that as mobile telephony becomes more ubiquitous, Apple’s competitors will drive down prices so that the profits of previous years will evaporate. Can this become a terminal decline for Apple?

The Next Cash Cow

Much speculation in recent weeks has asked what Apple’s plans for the future are. At some point in the last few years, it realized the mobile industry was reaching maturity and would no longer be the cash cow it once was. Apple’s response was to massively ramp up spending on research and development—from around $3 billion in 2012 to around $10 billion in 2016.

Recent speculation has suggested Apple is planning to transform the company into something very different from today. The historical parallels are interesting as this was very much what it did in 2007 as it moved from PCs and music players into mobile telephones. Can it be as lucky again?

The increasing speculation is that Apple is looking to become a major player in the next generation of electric cars and personal transportation. In this new industry, it faces an equally intriguing competitor: Tesla. Like Apple, Tesla has seen its share price drop by around 30 percent in the last year as investors try to marry the technological and market opportunities with the business realities of running a risky, innovation-based firm.

Tesla’s founder Elon Musk shares many traits with Apple’s late founder Steve Jobs. Both have been described as incredibly intelligent and single-minded visionaries. Both also almost lost everything—Jobs in 1986 after leaving Apple (later going on to make billions with Pixar) and Musk 20 years later as the global financial crisis bit. In both cases, their response was to innovate again and bet all they had on the next big thing. In both cases, they were wildly successful.

Business historians’ stock in trade is the analysis of the inexorable cycles of industrial birth, growth, and eventual decline. Getting out of an industry when things are at their peak thus seems eminently sensible, but in practice it rarely happens.

For Apple, sensing a future after the iPhone and actually allocating the financial resources to make this happen is a huge challenge. Its entire current value is essentially tied up in this product line and related businesses, and internal stakeholders and market analysts are clearly skittish about Apple’s potential roll of the dice on the next big thing.

The challenge is ensuring it changes quickly enough to avoid becoming irrelevant. In this regard, there are plenty of historical exemplars—Kodak is often cited. For Apple, the change option is not about iPhone 7, 8, and 9; it’s about something far more fundamental. In part, it’s about turning its back on the iPhone entirely.

Make no mistake, these will be hard times for Apple as it looks to transition to its next iteration. The stakes could not be higher. If it can pull this off a second time and emerge as the new leader in a new industry, it will have done something remarkable.

Nigel Martin is a lecturer at the Australian National University’s College of Business and Economics. John Rice is a professor of management at the University of New England in Australia. This article was originally published on The Conversation.