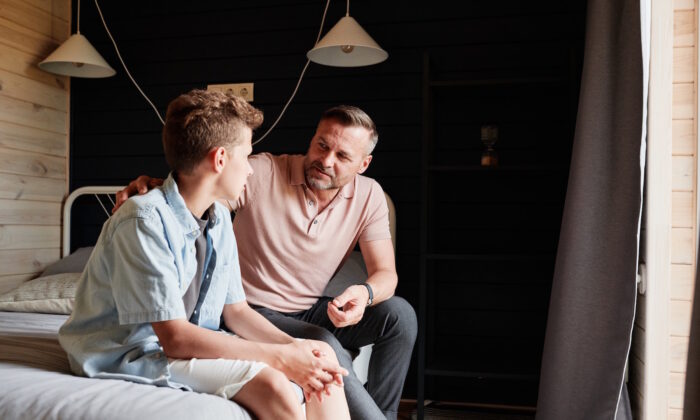 As with everything, learning values begins in the home. (Julia M. Cameron/Pexels)
Viewpoints

From Beijing to Boston: Another Generation of Lost and Lonely Men Get Left Behind

Jordan Peterson has spoken at length about the threat of civilizational collapse, the idea of our society crumbling like ancient Rome’s. For this to occur, humans must turn their backs on traditional values, including courtship, marriage, and the creation of nuclear families.

Around the world from Beijing to Boston, tens of millions of people are now turning their backs on these values. Peterson’s concerns about civilizational collapse appear to be valid. In China in 2021, the number of newborns per 1,000 people dropped to 7.52, the lowest level in almost five decades, according to Bloomberg. In South Korea, things are even worse. In fact, South Korea has the lowest fertility rate in the world. In the United States, things don’t look much better. Fertility rates have been dropping for more than three decades.

What do the above-mentioned countries have in common, besides falling fertility rates? They’re home to yet another generation of Lost Boys, a term popularized by Peterson. They’re desperate, despondent, and thoroughly disillusioned.

It’s easy for many to write these Lost Boys off as nothing but incels, a derogatory term used to describe substandard, romantically inept men. However, to do so is to make a huge error, similar to the one made by Hillary Clinton when she referred to all Trump supporters as “deplorables.”

The crises playing out in the United States and beyond involve both men and women. The collapse of civilization involves a change in attitudes—more specifically, a change in attitude toward childbearing and childrearing. Women, more so than men, appear to be less interested in the preservation of traditional values.

In China, about 30 million men are in search of a potential wife. For the vast majority, the search has been—and continues to be—a fruitless one.

In South Korea, millions of men are in search of a partner. However, like their Chinese counterparts, these men are struggling to secure a date, never mind a wife.

In the United States, half of the adult population is now single. Almost a third of single men live with their parents. This is not a recipe for societal success. In fact, it’s a recipe for the very opposite.

Of course, swipe culture has made things considerably worse. Today, people are less likely to seek out love in bars and clubs. Instead, they’re more likely to seek it out online, especially via dating apps. This is true in China, it’s true in South Korea, and it’s most definitely true in the United States.

The stereotype of men having lower standards for prospective mates, and women being pickier is a tired one. However, it also happens to be true.

According to well-respected data scientist Brayden Gerrard writing about Tinder, the most popular dating app in the United States, “women swipe yes to just one in 20 people, while the majority of men swipe yes more often than no.” With close to 10 million users, the “Tinder effect” is having a ripple effect across American society (and beyond).

It’s a simple supply and demand issue. When it comes to choosing a prospective mate, women are redefining the rules. They have been for years. Their standards have increased at exponential rates. Just like degree inflation has ruined the economy, fit and proper mate inflation appears to be ruining the dating scene—and with that, the entire fabric of society. What chance is there for the average man of today, especially in the United States, where men have never looked so average?

On Tinder, as Gerrard notes, what we’re left with “is a large number of men fighting over a comparably small pool of women, which allows women to choose potential matches very carefully.” It’s “Hunger Games” meets Darwin meets wholly unrealistic expectations. It’s a brutal system, where only the strongest and most aesthetically pleasing of men can survive.

I reached out to Rollo Tomassi, a bestselling author and guardian of the “manosphere,” for comment on the matter. What has happened to the men of today?

As “the pre-established feminist concept of an oppressive patriarchy became a much easier sell,” women were given “unilateral control of the birthing process.” Hormonal birth control for women, ostensibly “the holy grail of human ingenuity,” has played a key role in the disempowerment and disenfranchisement of men.

Some will find Tomassi’s comments objectionable. The 53-year-old has been called every name imaginable. Is he a misogynist? He’s not. Having read a couple of books of his, I say this with complete certainty. An unapologetic realist, Tomassi is like a cross between Peterson and Hunter S. Thompson—entertaining and enlightening, in equal measures. Married for a quarter of a century, Tomassi is a father and, by all accounts, a man who loves his family dearly.

He said if we “flash forward to 2022,” masculinity is now officially “toxic.” The death of what it means to be a man—a husband, a father, and so forth—didn’t occur overnight. It has been occurring for decades, death by a thousand cuts.

Four generations of men “have been systematically isolated from one another because fraternity and male space has been effectively demonized in the 21st century,” according to Tomassi. An argument that carries a great deal of weight, I believe. Human beings, he said—again, rather accurately—“are innately tribalistic.” Although globalization has made our “world even smaller, the human machine doesn’t really change.”

Across the country, men “kill themselves between 3.5 to five times as often as women,” according to Tomassi.

Tomassi, in his work, refers to this phenomenon as getting “Zeroed Out.”

“These men lose everything in some way–a job, a wife, their kids, etc.—and the world they were told would have their backs never really existed,” he said. “Valueless men are pathetic men, and four generations of isolating and demonizing masculine influence leaves the Zeroed Out two options: Rebuild yourself or delete yourself.”

Strong words. Sadly, too many men are opting for the latter.