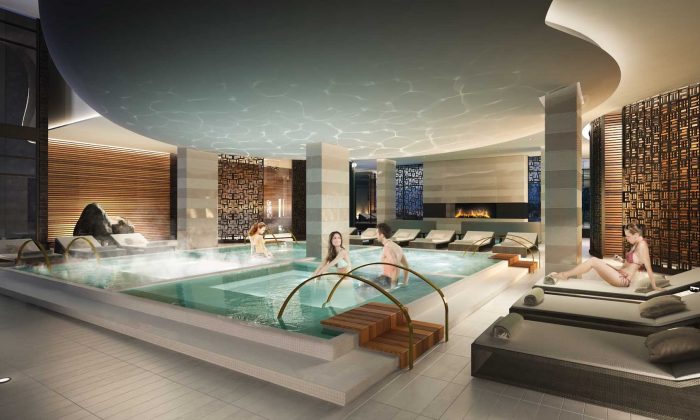 From Architecture to Amenities, Lanterra has Redefined Urban Living

When Mark Mandelbaum and Barry Fenton formed Lanterra Developments in 1999, they had a vision to create condominium buildings that would raise the bar for architecture, design and amenities and help to position Toronto as a global city of the future.

Nearly two decades later, Mandelbaum and Fenton—both law school graduates with extensive real estate experience before partnering in Lanterra—have achieved that vision with a series of landmark developments that have redefined the cityscape. These include WaterPark City in the Fort York district, Murano and Burano on Bay Street, the Residences of Maple Leaf Square adjacent to the Air Canada Centre, and Ice Condominiums at York Centre, to name a few.

Lanterra chairman Mandelbaum says a decade ago, many condo developments were relatively mundane “and managed to get the job done” but today’s buyers have more exacting standards. Lanterra has never settled for the mundane, believing that excellence in location, architecture, and design mattered and was important to elevate Toronto’s status internationally.

“I have noticed in the last five to 10 years, the sophistication and knowledge of buyers has improved enormously,” says Mandelbaum. He and Fenton believed when they started the company that a demographic shift was coming and more people would become interested in living downtown—and they were correct.

Each Lanterra project is unique and the Lanterra team scours the globe for inspiration. Murano and Burano take cues from the famous Venetian islands of the same names in Italy, famous for colourful houses and glass making; the Britt Residences that are transforming the Sutton Place Hotel into condo suites echo the flair of Britain and London; for Ice Condominiums, the team travelled to Stockholm and Copenhagen and the mixed-use project emulates the cool, sleek Scandinavian design they saw there.

Lanterra chooses transit-oriented locations but the company appreciates the “different flavours” various neighbourhoods have to offer. While many of Lanterra’s projects are downtown, Treviso at Dufferin and Lawrence has been a big success, with the third and final phase selling now.

“It’s a wonderful project,” says Mandelbaum. “We took a corner close to the subway that no one could imagine to be an anchor and totally changed the look of the community.”

A trio of projects are currently under construction in the Bay-Wellesley-Yonge area, including The Britt, TeaHouse Condominiums and 11 Wellesley, that will have a beautiful landscaped park as a centrepiece.

With Cadillac Fairview, Lanterra has launched Rodeo Drive, the latest condominium residences at the Shops of Don Mills, featuring superb architecture and amenities.

“There are two condo buildings, 85 percent sold and we’re starting construction next month,” says Mandelbaum. “Talk about location. It’s not right on public transit, but it’s served by LRT and by bus and close to the 401. What’s unique is that buyers will be living amidst a shopping mall.” Three condo buildings have been built previously, so it is an established community. The Shops have become a destination, says Mandelbaum, as there are movie theatres and some of the city’s greatest restaurants there.

Soon, Lanterra will launch an exciting mixed-use development, Artist’s Alley, that will bring three new buildings designed by Hariri Pontarini Architects to the heart of Toronto’s arts district. The site is in the highly walkable Grange Neighbourhood, between St. Patrick and Simcoe Streets south of Dundas, close to the St. Patrick subway station. The neighbourhood is home to the Art Gallery of Ontario, the Ontario College of Art and the Ontario Crafts Council.

The development will have a public concourse anchored by a municipal park on one side and because it’s “in the middle of the art-loving district of Toronto,” Mandelbaum says the intention is to include an art collection of significance in the buildings’ lobbies and public areas and to include a large public piece of art by an acclaimed international artist.

Lanterra’s commitment to the highest standards of architecture, design and construction, coupled with sought-after locations, have won favour with a large cross section of purchasers. Chinese buyers represent a significant part of Lanterra’s market and are valued by the company.

“The Chinese are a very important component of the buying public,” says Mandelbaum. “They are some of the smartest buyers around and I’m always impressed by the intelligence and acumen they bring.”

Mandelbaum says they value real estate as an investment, want to live in a place they own and appreciate the premium value of Lanterra projects and “if a Chinese buyer buys my product, I take that as a compliment.”