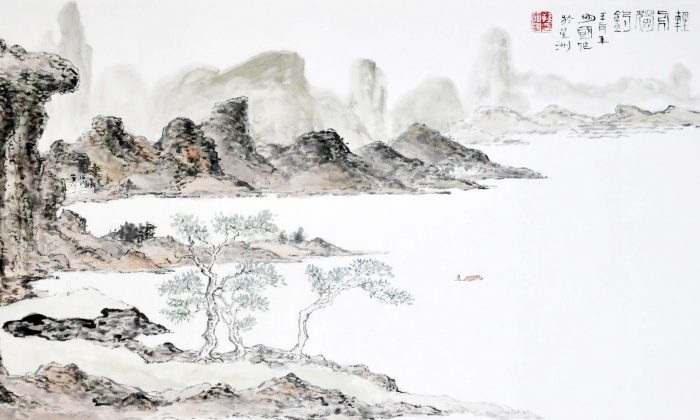 A Gentleman’s Friendship is as Plain as Water

During the Warring States period (475-221 BC), Zhuang Zi said: “A gentleman’s friendship is as plain as water. Friendship among inferiors is as sweet as wine.”

Water is colourless and has no taste. It is soft and clear. In ancient China it is recommended that, among gentlemen, one gives priority to righteousness in maintaining friendship, be clear and pure. So it is appropriate to use water to describe friendship among gentlemen.  There are a lot of ancient stories to illustrate how to put this into practice.

The friendship between Xue and Wang in the Tang dynasty

Xue Rengui (614-683) was a famous general in the early Tang dynasty. He came from an impoverished family and lived in a cave with his wife when they were young, living by farming. His neighbor Wang Maosheng often helped him out and they became good friends.

Later, Xue joined the military, following Emperor Taizong who conquered Liao in the East.  He gained great merit with his bravery and wisdom and was made a commanding general.

When he held feasts upon his return from victory, all the notables competed to show their good will through bestowing precious gifts. Xue refused all but one, two barrels of wine from Wang Maosheng.

When they opened the barrels, what Wang presented was water.  All the guests were shocked, thinking that Wang was teasing the General. But Xue laughed happily, poured out three bowls and downed all in one breath, then said: “When I was poor, I was grateful for brother Wang’s help. Now he sent me two barrels of clear water – this is the best gift.”

The two families remained as close as before.

Sima Guang (1019-1086), politician and historian in the Northern Song dynasty, recommended Liu Yuancheng to work at the Palace Library when he became Prime Minister.

Sima asked Liu, “Do you know why I recommended you?”  Liu replied, “Perhaps it was because I once practiced under you, that we saw each other often?”

“Wrong!” replied Sima. “It is because you often enquired after me when I was unemployed. But ever since I became prime minister, you never sent me any letters. That’s why I recommend you!”

Do not slight people when they are of ordinary bearing, do not flatter them when they are empowered. Liu was a gentleman with a pure mindset. Sima Guang had to recommend a man of high moral quality to serve the nation.