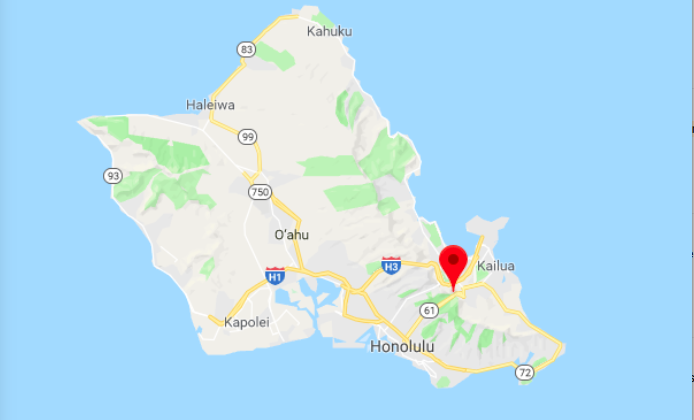 Two men from Honolulu, Hawaii, who have been friends for 60 years found out shortly before Christmas 2017 that they are also brothers. (Screenshot via Google Maps)
US News

Two Hawaii men who have been best friends for decades got a special gift over the holidays when they found out through DNA testing that they were related to each other.

The two became friends in sixth grade, KHON2 reports, and went on to play football together at the same college prep school in Honolulu.

The men, who 15 months apart in age, had bonded over each never having known his real father—Alan Robinson was adopted and Walter Macfarlane didn’t know who his father was.

They also shared similar interests in sports, had similar features, and had a way of finishing each other’s sentences.

It turns out they had one other thing in common—later in life, they both used DNA testing kits to search for their biological relatives.

McFarlane had been searching for his father on the internet over the years, and recently decided to try a DNA search.

A perfect match for his X chromosome came up with the name Robi737, who he also shared other DNA with.

The name turned out to be a combination of Robinson’s nickname, Robi, and the 737s he flew for Aloha Airlines.

After a few phone calls back and forth, they figured out that Robinson had used Ancestry.com’s DNA search to find his family—and that they were half-brothers.

“It was a shock,” Macfarlane said.

“This is the best Christmas present I could ever imagine having,” Robinson said.

And they both said, despite their similarities, that they never suspected they were related.

“You know honest to god, it never did cross my mind,” McFarlane told KITV4.

“Never crossed my mind either,” Robinson said, “that’s what really amazing, we go [back] 60 years.”

The two announced their discovery at a party for friends and family on Saturday, Dec. 23.

“It was an overwhelming experience, it’s still overwhelming. I don’t know how long it’s going to take for me to get over this feeling,” Robinson said, according to KHON2.