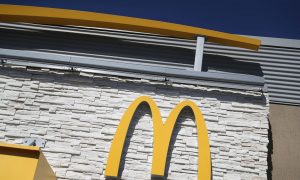 Video of Homeless Man Kicked out of McDonald's Goes Viral
0 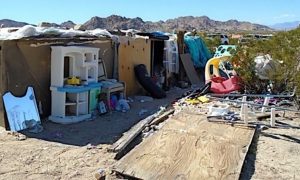 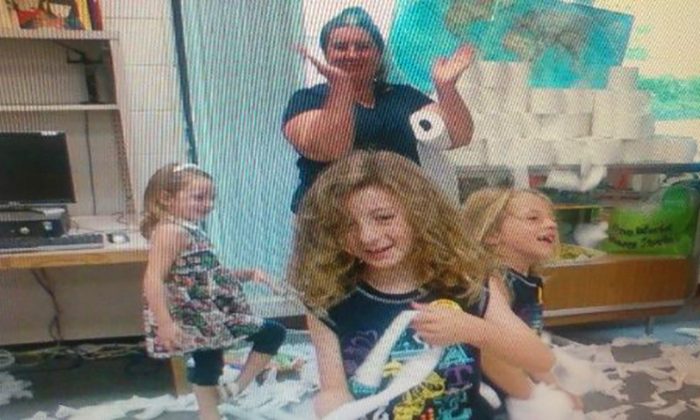 Mona Kirk and her daughters in better days. (GoFundMe)
US News

A California couple who befriended a homeless family has decided to help them in a very tangible way—they are buying their friends a house.

Jackie and Tyler Klear, of Yucca Valley, California, were planning on buying a two-bedroom house in nearby Joshua Tree.

While they were preparing for the purchase, a homeless couple that was living in a makeshift shelter on a vacant lot nearby was arrested, and the couple’s three children were taken by Children and Family Services.

Daniel Panico, 73, and Mona Kirk, 51, lived with their three children aged 11, 13, and 14, in what was not more than a big plywood box without electricity or running water just outside Joshua Tree National Park, about 125 miles east of Los Angeles.

There was no sewer service. The shelter was surrounded by pits filled with trash and human waste, Fox News reported.

The couple was arrested on Feb. 28 on suspicion of child abuse, and barred from any communication with their children.

Jackie Klear had been friends with Daniel Panico and Mona Kirk for more than ten years. She told the Los Angeles Times they “were not criminals,” they were simply people who were going through hard times and didn’t want to accept handouts.

Panico and Kirk owned the property they lived on, but couldn’t afford to build a house, Klear said on the GoFundMe page she started for the family. Any money they made went to the children, for food, clothes, and activities.

Klear, leader of the local Phoenix Scouts program, said the three children attended weekly meetings, went camping, and made crafts like all the other scouts. The girls joined the Girl Scouts, and the children were part of a community soccer program.

“They were very well taken care of,” Klear told the L.A. Times at the time of the arrest.

Klear and her husband started a GoFundMe page for the family and in nine days raised more than $50,000. The Klears decided that was enough to buy the house they had been eyeing, fix it up—and then give it to Panico, Kirk, and their children.

Whatever other money the page raise will go toward meeting the homeless couple’s legal obligations.

“It’s been crazy, there is so much love and support,” Marsha Custodio, another friend of the couple, told ABC News. “Everybody is sharing it, everybody is supporting it.

Panico and Kirk’s fate could be decided at their March 13 hearing. Their friends hope the judge, seeing the community support, will reunite the family.

“This home is going to allow them to be together as a family, and that is the ultimate goal—to get them all back together,” Marsha Custodio told ABC News.