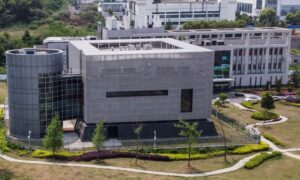 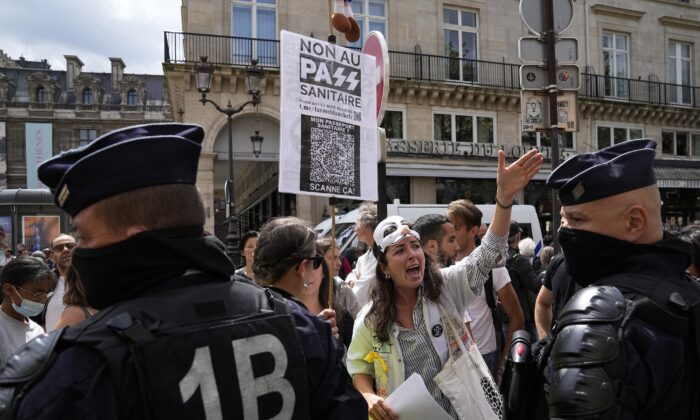 French Will Need Health Pass by Monday After Court Approval

PARIS—A French constitutional court on Thursday validated most aspects of a new law that, starting next week, requires people to carry a special COVID-19 health pass to access cafes, restaurants, long-distance travel, and, in some cases, hospitals. But it struck down several measures for not meeting constitutional muster.

The Constitutional Council ruled that the automatic 10-day isolation of people infected with the virus, allowed to go outside for only two hours per day, goes against French freedoms. Such deprivation of liberty is not “necessary, adapted or proportional,” the ruling said. The current, less strict 10-day self-isolation for people infected with the virus will apparently remain in effect.

The court also struck down suspension of short-term contracts for those without a health pass—while accepting a suspension without remuneration of salaried employees with long-term contracts.

The legislation was sped urgently through parliament last week as virus infections soared, due to the highly contagious delta variant which now accounts for most cases in France.

Polls show that most French support the health pass. But the measure has ardent opponents, with many claiming their freedoms will be compromised. It is issued to people either vaccinated against COVID-19, or who have proof of recent recovery from the infection, or a recent negative test.

Starting Monday, it will be required for long-distance travel by train, plane, or bus, entering restaurants, cafes, and their terraces and rest homes—among a long list laid out in the law and approved in the ruling. The special court appeared to wince at the regulations but decided that overall a balance was struck between freedom and “the constitutional value of health protection.”

The Council also approved obliging health care workers to be vaccinated against the virus by Sept. 15. And it ruled that requiring the health pass for hospital visitors and others is justified—if it “doesn’t create an obstacle to accessing health care.”

Several hundred noisy protesters in front of the Constitutional Council in Paris denounced the ruling, under the eye of nearly as many heavily armed police.

He said he was fully vaccinated, but “everyone should be able to make that choice freely, not because oppressive laws force them to. Soon we’ll need QR codes for everything in life,” he added. “This is a slippery slope and an unprecedented attack on our freedoms.”

Critics complain that it limits their movements outside home—and implicitly renders vaccinations obligatory. Opponents have demonstrated around the country by the tens of thousands for the past three Saturdays, with more protests expected this weekend.

A 26-year-old protester who identified herself only as Charlotte said she distrusts the COVID-19 vaccine and resents it being forced on her. “The health pass won’t change my decision, I’ll never get the vaccine,” she said.

The Constitutional Council which examined the law is a special court which, among other things, reviews the constitutionality of legislation.

The health pass has been in effect since July 21 for cultural and recreational venues, including cinemas, concert halls, and theme parks with capacity for more than 50 people. But the new law vastly extends its application.

Many restaurant owners say it is not their job to enforce the law, checking each client for a pass. Some health professionals have voiced fears that patients in need of non-urgent treatment could suffer.

“Quite a few people have told us they wouldn’t be coming back once the health pass is implemented,” said Vanessa Shi, co-owner of a noodle restaurant near the Champs-Elysees Avenue.

“We’ve been insulted on several occasions, with people calling us sell-outs and worse for saying we would implement the measure,” she said. “But with the bills we’ve racked up during the pandemic … it’s a matter of survival for us.”

Prime Minister Jean Castex said the ruling allows for “full deployment of the strategy against COVID-19.” Disappointed that the article on strict isolation of those infected was struck down, he asked that recommended isolation be “scrupulously” respected.

More than 28,700 new infections were reported as of Wednesday evening, a steep climb from one month ago. The pandemic has claimed more than 112,000 lives in France.

By Elaine Ganley and Constantin Gouvy