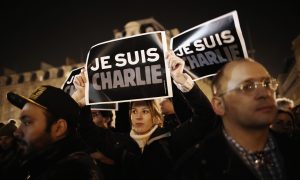 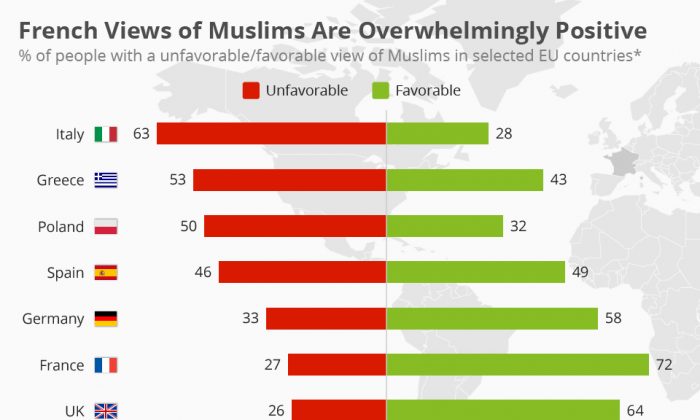 According to a poll conducted by Pew Research well before Wednesday’s suspected Islamic terror attack on the offices of satirical magazine Charlie Hebdo in Paris, French views of Muslim minorities are overwhelmingly positive. In fact, out of all Europeans, the French view Muslims in their country the most favorably.

France has a sizable Muslim population, estimated at around 6 million, making up 10 percent of the country’s population. 72 percent of respondents indicated they view Muslim communities favorably compared to 27 percent viewing them unfavorably. This positivity is in stark contrast to Poland, Greece and Italy where less than half those polled viewed Muslim communities in their countries favorably. Italians proved the most critical of all Europeans. Just 28 percent of them viewed Muslims favorably with 63 percent stating they have an unfavorable view.