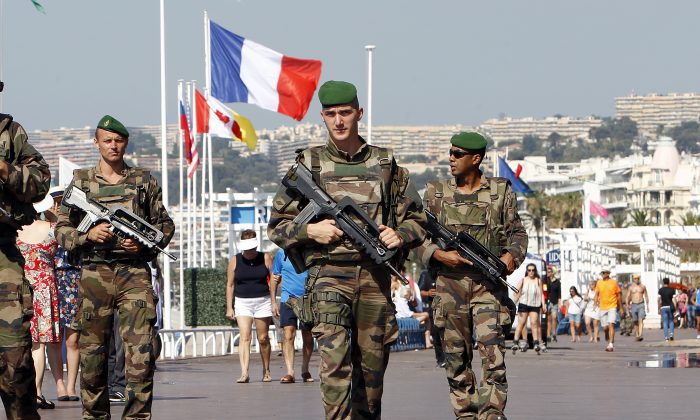 PARIS—French lawmakers voted Wednesday in favor of extending the nation’s state of emergency for another six months and jittery Paris officials cancelled some summer events due to security issues.

The moves came as authorities said all 84 people killed in the Nice truck attack have finally been formally identified.

No official list naming the dead from the July 14 Bastille Day rampage in the southern French city has been released but it’s known they include French, Americans, Germans, Ukrainians, Swiss, Tunisians, Polish and a Russian. President Francois Hollande said 15 truck attack victims are still hospitalized in life-threatening condition.

France’s National Assembly voted to extend the state of emergency—a security measure that’s been in place since the Nov. 13 Paris attacks that left 130 dead and were claimed by the Islamic State group. The French Senate is expected to approve the extension later Wednesday.

ISIS claimed responsibility for the attack, but investigators believe attacker Mohamed Lahouaiej Bouhlel was inspired by their calls and not directly commanded by the extremist group.

Police are also deploying in larger numbers around Paris Plages, a monthlong beach event that kicked off Wednesday with sand and summer activities on embankments along the Seine River. Paris police will now use concrete barriers to block areas with large crowds in hopes of preventing the kind of carnage that occurred in Nice, when a driver rammed his truck through a crowd of pedestrians.

France: All 84 Killed in Nice Truck Attack Are Identified

Nearly a third of the Nice victims—about 30—were from the southern region’s large Muslim community, according to Kawthar Ben Salem of the Union of Muslims of Alpes-Maritime. A special service for the truck victims is planned for Thursday at the Ar-Rahma mosque.

There are growing fears of a backlash against moderate Muslims because of the attacker’s extremist views and because Nice has long been a breeding ground for Islamic radicals.

“We must protect all our compatriots. We should, of course, also protect our Muslim compatriots … who today are also afraid, and feel blamed,” he said.