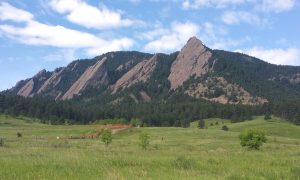 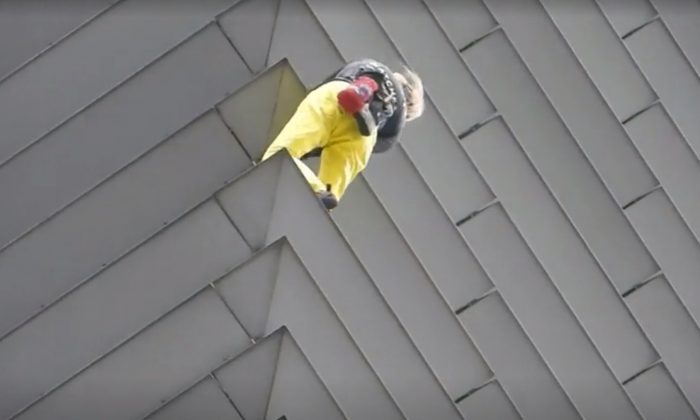 French “Spider-Man” Alain Robert has been arrested after scaling a 700-foot tower in Manila, shocking office workers inside the building as he clambered over the metal shelves that ring the GT Tower, without a safety rope.

Free-climber Alain Robert has summited over a hundred buildings without safety equipment over the last 25 years, wracking up many arrests along the way.

He climbed the 47-story GT Tower on Jan. 29, reported the AFP, with shocked onlookers inside and outside the building recording his exploits and posting videos to social media.

One video shows the blonde, 105-pound Frenchman apparently resting on a ledge before swinging his legs over the edge—to audible gasps—before continuing his descent.

“This is my path, this is my way of living. It is as important to me as eating, sleeping. I need that. It keeps me alive,” he told reporters after completing the climb, reported AFP.

The diminutive 56-year-old Frenchman was taken into custody as soon as he finished his two-hour climb.

Robert was being held on a charge of public disturbance and was awaiting a decision from prosecutors on bail.

He did not quite make the summit of the tower, however, according to CNN, but stopped just a meter short.

As he climbed, he said that he told the authorities, “Look, ‘I’m just climbing a building, I’m not killing anybody, it’s not a bank robbery,'”

Robert said his motivation is to brighten up people’s day.

“I see thousands of people inside the building. I did brighten their day,” he said, according to CNN. “They will remember that their whole life,” he said. “I am entertaining people for free in the district.”

The 5-foot-5-inch-tall Robert—who suffers from vertigo—holds the world record for the greatest number of buildings climbed. His official count stands at 121 with his climb of the Cayan Tower in Dubai on April 12, 2015.

Robert started climbing towers, monuments, and skyscrapers in 1994. He uses window frames, cables, ledges, pipes, and gaps between brickwork to climb the world’s iconic skyscrapers, including the world’s tallest building.

Many of Robert’s climbs are not sanctioned, and some break the law. According to CNN, he has been arrested over 120 times.

When he scaled the world’s tallest building, Dubai’s 2,716-foot Burj Khalifa, in 2011, Robert had permission but had to abandon his free-climbing philosophy and wear a safety rope for the whole climb. He got to the top in  6 hours 13 minutes 55 seconds.

Robert was arrested in October 2018 when he attempted to climb the 662-feet Heron tower in London.

In June last year, security foiled his attempt to climb the Lotte World Tower in Seoul, forcing him to abort halfway up its 123 stories.

On his official website, Robert says that accidents have left him “66 percent disabled.”

He said that some serious accidents had left him “nearly dead,” and that he had defied doctors who said he would never climb again.

“I had then decided to handle my destiny and to fight adversity, he said. “At no point, have I ever thought about giving up on my childhood dream. I already knew that climbing was for me as important as eating or breathing.”