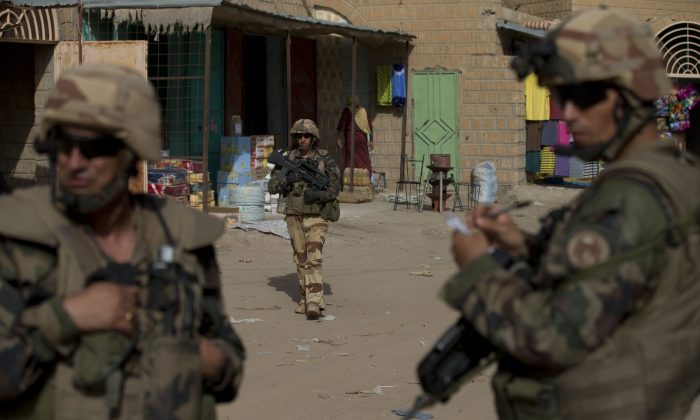 French Says Its Forces Kill at Least 30 Extremists in Mali

The ministry said in a statement that the attack overnight Thursday into Friday combined air strikes, Reaper drones, helicopter assaults and ground engagement by French soldiers.

Kouffa is the head of Katibat Macina, a predominantly Fulani jihadist group that is part of a group of al-Qaida-linked militants known by the acronym JNIM.

The action comes as part of Operation Barkhane, France’s largest overseas military deployment with 3,000 French troops in the Sahel region.

“The operation conducted this night is a serious blow to a particularly brutal terrorist organization, which has repeatedly targeted civilians and symbols of the authority of the Malian state,” the minister said.

French forces pushed al-Qaida-linked extremists from their strongholds in northern Mali in 2013, however, they remain in the countryside and carry out frequent attacks.

The announcement comes weeks after the killing of another jihadist head, Tuareg leader Almansour Ag Alkassoum, a deputy leader of the al-Qaida-linked coalition who led a jihadist unit based in the Gourma region between Timbuktu and Mopti.

The Chad-based Operation Barkhane, launched in 2014 is among multiple counterterror efforts in the Sahel region, including a 5,000-strong G5 Sahel force launched last year that brings together troops from Mali, Burkina Faso, Chad, Niger and Mauritania.