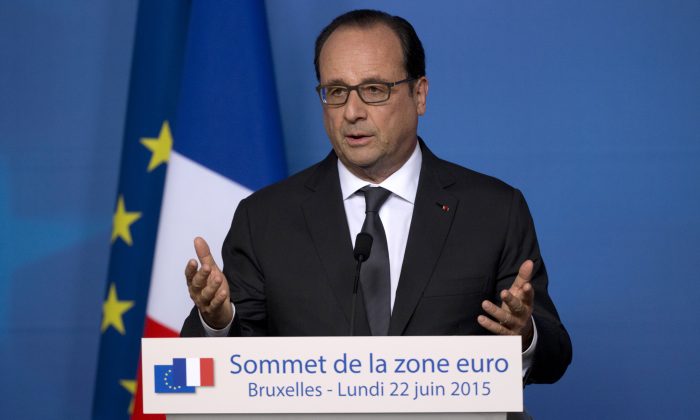 PARIS—French President Francois Hollande is holding an emergency meeting of top lawmakers to discuss documents released by WikiLeaks that showed the U.S. National Security Agency spied on Hollande and his two predecessors.

Government spokesman Stephane Le Foll said the president will meet the legislators later Wednesday and France’s top intelligence coordinator will be going to the United States shortly due to the spying.

The U.S. ambassador to France has been summoned to the French Foreign Ministry after the revelations, released Tuesday in two French publications.