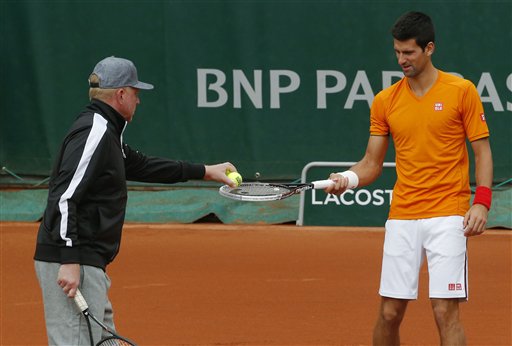 The French Open men’s final is set for Sunday, June 8–and will feature longtime rivals Rafael Nadal and Novak Djokovic.

The stars were the top two seeds in the tournament.

The match will be broadcast on Eurosport in Spain, RTS in Serbia, and ITV in the United Kingdom.

A live stream will be available via these and many other broadcasters, which are listed farther below.

Nadal and Djokovic are frequent foes, having faced off 41 times. They’re also fairly even, with Nadal winning 22 matches and Djokovic winning 19.

In an incredible string of matches, the two men have faced each other in finals matches 16 of their last 18 head-to-heads, going back to Indian Wells in 2011.

Djokovic actually has the upper hand in the finals matches, going 12-9. The pair are tied 3-3 in Grand Slam finals.

Based on his almost unbelievable drubbing of Andy Murray in the semifinals and his stellar play throughout the tournament, Nadal appears to be the favorite to win. It should be a close match, though, going to five sets–just like their semifinal at last year’s French Open and their final in the 2012 Australian Open.

See a preview via the Associated Press below the videos.

PARIS—This is what Rafael Nadal and Novak Djokovic wanted. It’s what they expected. And now they’ll meet in a French Open final with so much at stake for both.

Nadal is seeking championship No. 9 at Roland Garros, and his 14th major title overall. Djokovic is hoping to finally conquer the French Open and complete a career Grand Slam. Fittingly, whoever wins the rivals’ 42nd head-to-head meeting Sunday will be ranked No. 1 on Monday; the runner-up will be No. 2.

In Friday’s semifinals, the No. 1-seeded Nadal was at his imperious, and nearly immaculate, best in a 6-3, 6-2, 6-1 victory over Wimbledon champion Andy Murray that lasted all of 100 minutes. Nadal never faced a break point, converted all six he earned, and whipped his uppercut of a forehand as only he can.

Toni Nadal, Rafael’s uncle and coach, called the match “one of the best that he has ever played here.”

That’s sure saying something. Toni’s nephew is 65-1 at the clay-court tournament and carries a 34-match winning streak into the final.

The thick, gray clouds and chill that became a staple these two weeks gave way to sunshine and warmth Friday, and Nadal reveled in it.

“For me, is much better when the weather is like today,” he said. “My ball creates more topspin. The ball goes quicker in the air, and with my forehand I am able to create more with less.”

All in all, Nadal made Murray look rather lost.

“You want to be competitive. You want to make it hard for him,” Murray said. “I wasn’t able to do that.”

The No. 2-seeded Djokovic’s semifinal was only slightly less perfunctory, a 6-3, 6-3, 3-6, 6-3 victory over 18th-seeded Ernests Gulbis of Latvia that came first Friday, when the temperature hit 82 degrees (28 Celsius).

Wrapping a cold towel around his neck during changeovers, Djokovic was brilliant through two sets, then faltered in the third, showing frustration by spiking a racket so hard he mangled it.

Djokovic has made no secret of the importance he places on a French Open title to add to the six majors he’s won — four at the Australian Open, one each at Wimbledon and the U.S. Open.

“Obviously, Novak would like to win the one he is missing,” said Djokovic’s coach, Marian Vajda. “So all these hopes … make him more tense than usually you see him. But I think this match helped him to release it.”

Afterward, Djokovic said he felt “physically fatigued a little bit” and was looking forward to resting until Sunday, when the forecast predicts similar heat but also a chance of rain.

But Djokovic won their last four matchups, including on clay in the final at Rome last month, which the Serb said boosted his belief in himself.

Still, Djokovic conceded, “I don’t know how much ‘upper hand’ I have, really. … There is no doubt that he is the favorite to win the title.”

“Probably he will come to the match mentally a little bit better than me because he beat me the last four,” said the Spaniard, who won Wimbledon and the U.S. Open twice each, and the Australian Open once, and can tie Pete Sampras at 14 major titles, behind only Roger Federer’s record for men of 17. “But at the same time, my feeling is I am doing the things better, and I am playing better again.”

Nadal arrived at Roland Garros dealing with some doubts. There were the three losses on clay in 2014. There was the pain in his back that resurfaced early last week, leading to a dip in his serve speeds and prompting him to wear vertical strips of tape under his shirt for support.

By Friday evening, all was well.

His back felt fine. His serves had zip. His forehand was fearsome.

The sun was shining.