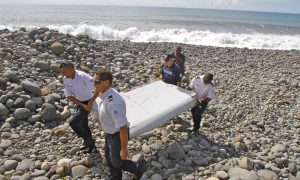 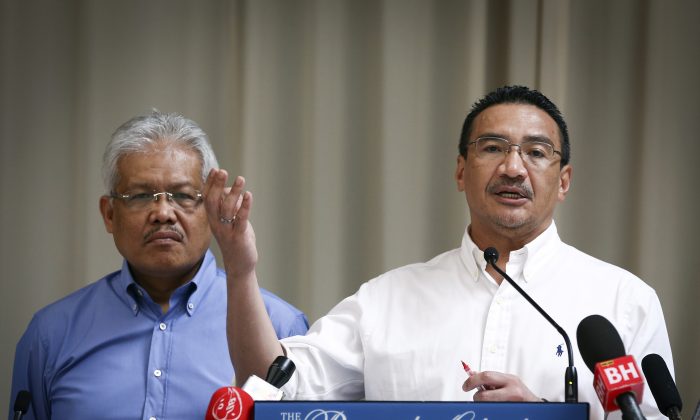 KUALA LUMPUR, Malaysia—Malaysia’s assertion that more debris potentially linked to missing Malaysia Airlines Flight 370 had washed up on an Indian Ocean island prompted puzzlement from French officials, adding to criticisms that the international response to one of the most famous aviation mysteries of all time is suffering from an exasperating lack of cohesion.

Ever since the Boeing 777 vanished on a flight from Kuala Lumpur to Beijing on March 8, 2014, Malaysian officials have been accused of giving inaccurate statements and withholding information from families and other countries involved in the investigation.

On Thursday, Malaysian Prime Minister Najib Razak’s statement that a wing fragment found on a French island had been definitively linked to Flight 370 prompted cautious responses from French, U.S. and Australian officials involved in the probe, who would say only that it was likely or probable the part came from the missing plane.

Malaysian Transport Minister Liow Tiong Lai added to the confusion later Thursday, saying a Malaysian team had found more debris on Reunion Island, including a window and some aluminum foil, and had sent the material to local authorities for French investigators to examine.

“I can only ascertain that it’s plane debris,” Liow said. “I cannot confirm that it’s from MH370.”

Malaysia’s eagerness to dole out information — which in the case of the window is hardly definitive — contrasts with the way it handled the crisis in the first few days and weeks after the plane went missing, when it was slow to release critical data. The most glaring example was when it failed to reveal that Malaysian military radar had picked up an unidentified aircraft on the night the plane vanished. Faced with intense criticism, the government became more forthright.

But its latest effort to be transparent clearly backfired as the excess information created confusion given that French authorities were not prepared to announce the same conclusion about the wing flap. Ironically, Malaysia had no real need to be overeager in this instance, given that by process of elimination, it is essentially a given that the wing part — declared as belonging to a Boeing 777 — came from Flight 370, since no other 777 is missing in the world.

French officials involved with the investigation in both Paris and Reunion were baffled by Liow’s announcement that new debris had been found; none were aware of any discovery or material in French custody. The Paris prosecutor’s office, which is spearheading a French legal inquiry into the crash, later denied there was any fresh debris, before French officials — notoriously cautious when it comes to air accident investigations — again retreated into silence.

A spokesman for Australian Transport Minister Warren Truss said in a statement Friday that while a great deal of additional material has been handed to police in Reunion, none appears to have come from the plane.

Meanwhile, Liow sparked further questions when he said that a maintenance seal and the color tone of the paint on the wing part, known as a flaperon, matches the airline’s records. On Friday, an Australian government official said that the paint is not a unique identifier for Flight 370; rather, it comes from a batch that Boeing used on all its planes when the missing plane was manufactured. The official spoke on condition of anonymity because he was not authorized to comment publicly.

Liow said Thursday that differences with other countries amounted to “a choice of words.” But the dissonant comments prompted frustration from families of those on board the plane, who have waited more than 500 days for solid clues into the fate of their loved ones. Some questioned why the various countries involved couldn’t get on the same page before speaking publicly.

In Beijing, about 30 Chinese relatives of Flight 370 passengers marched Friday to the Malaysian Embassy hoping to talk to an official about why Malaysia confirmed the part came from the plane when French investigators had not. They scuffled briefly with police, who blocked the relatives from approaching the mission.

French government officials have not addressed the conflicting information coming from Malaysia either publicly or privately. French Defense Minister Jean-Yves Le Drian defended the government’s relative silence saying instead, “We have above all mobilized our means” since the plane disappeared. Since the wing fragment washed up on Reunion, he added, the government has added its investigators directly to the case.

“I hope that all of this can be verified, but we have to take it to its end,” Le Drian told RTL radio.

Some criticism came from within Malaysia itself. Opposition lawmaker Liew Chin Tong said in a statement that Liow must explain “the haste and hurry” to declare the wreckage came from Flight 370.

“A quick conclusion will not do justice to the next of kin of the victims,” he said.

Until the wing flap washed ashore last week, investigators had not found a single physical clue linked to the missing plane, despite a massive air and sea search. Officials believe it crashed in the southern Indian Ocean, killing all 239 people aboard, but the wreckage and the reason why remain elusive.

The discovery of the wing flap refocused the world’s attention on the investigation, which many hope will finally yield clues into the plane’s fate. But information from the French, in particular, has been scant.

The BEA, as the French agency that investigates air crashes is known, rarely comments publicly, instead eventually releasing the information via its detailed reports. In the case of Air France Flight 447, which crashed in the south Atlantic in June 2009, the final report was published in July 2012. The legal investigation was concluded only in July 2014, and the case still has not gone to trial.

Ghislain Wattrelos, who lost his wife and two of his children when Flight 370 disappeared, said he was baffled by the comments by Malaysian authorities.

“We are delighted that the debris ended up in France,” Wattrelos told BFM television in France on Thursday. “I have a lot more confidence in my country than in Malaysia and Australia, who have lied to us since the beginning.”

Australia’s credibility as search leader did indeed suffer a battering thanks to a series of false leads that were oversold by its government, which was eager to boast success after the hunt shifted to its search and rescue zone in the Indian Ocean after the plane disappeared.

Two apparent large objects spotted in satellite imagery off the west Australian coast in March 2014 were declared the “best lead” yet, before they turned out to be unrelated. The next month, Prime Minister Tony Abbott said officials were confident that a series of underwater signals search crews had detected were coming from the plane’s coveted black box data recorders. That was also wrong.

The failure to find a single piece of Flight 370-related debris in a surface search covering 4.6 million square kilometers (1.8 million square miles) over six weeks raised serious questions about whether they were looking in the right place. And the search area has been altered many times.

Australian Transport Safety Bureau chief commissioner Martin Dolan denied his agency, which is leading the search, had misled anyone or withheld information.

“As soon as new or changed information comes to light, we make it available,” Dolan told The Associated Press on Friday.

The ATSB has also faced criticism for making a mistake in its original drift modeling, which initially predicted debris would wash ashore in Indonesia, rather than the area east of Africa where the flaperon turned up. The bureau issued a statement this week saying a revised analysis showed that, in fact, debris could be carried by currents to the area near Reunion Island.

Dolan said the ATSB didn’t withhold that error, and instead had been working with Australia’s national science agency, CSIRO, to recalculate the drift area after noticing flaws in the model in November.

“We had to work with CSIRO to check the facts and as soon as we had something that was checked, we published it,” Dolan said. “We were in the process with CSIRO of publishing that revised drift modeling when the flaperon turned up at Reunion.”

France said it is deploying a search plane, helicopters and boats around Reunion in hopes of spotting more debris that might be from the missing jet.