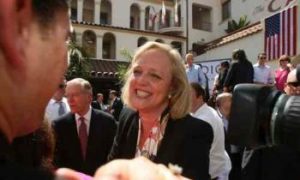 By Caroline Dobson
Print
The luxury European hotel market is being challenged by some leading Asian players.

Paris, one of the world’s most popular tourist destinations, is anticipating the arrival of some big names in the five-star hotel industry.

December marked the opening of Shangri-La, which offered a premium view of the Eiffel Tower. The Mandarin Oriental will be opening in 2011, and Hong Kong’s most prestigious hotel, Peninsula, is due to open in 2013 near the Champs Elysées.

"Of course we are worried," said Francois Delahaye, director of the five-star Plaza Athénée, which belongs to the sultan of Brunei, in a Reuters report.

"The arrival of Asian competition forces us to put ourselves into question. … But we will not let ourselves be overtaken and lose market share."

The luxury hotel market across Asia has been raising the bar for decades, with its focus on exceptional service, amenities, and design.

Delahaye realizes the landscape for luxury travel accommodation is changing with top hotels already trying to upgrade their rooms and investing in training and retaining staff.

For instance, Le Bristol Hotel Paris, which is one of the last family-owned luxury hotels in Paris, is part of the same group as the Hôtel du Cap-Eden-Roc on the Riviera (a famous haven for Hollywood celebrities) and Four Seasons’ George V are already refurbishing their rooms.

Didier Le Calvez a reputable name in the hotel industry, who runs the Bristol and former manager of the George V welcomed the entrance of the Asian competition and expects more tourists from Asia would visit Paris as a result.

"They tourist destination," said Le Calvez to Reuters. "I think we can absorb this new competition."

According to a report released by the International Luxury Travel Market (ILTM), a business-to-business operation that focuses on the global luxury community, “The high-end travel industry is reporting confidence in the face of an increasingly buoyant market,” said Debbie Joslin, Group Exhibition director at ILTM.

Overall in America, the economy picking up would likely result in price hikes.