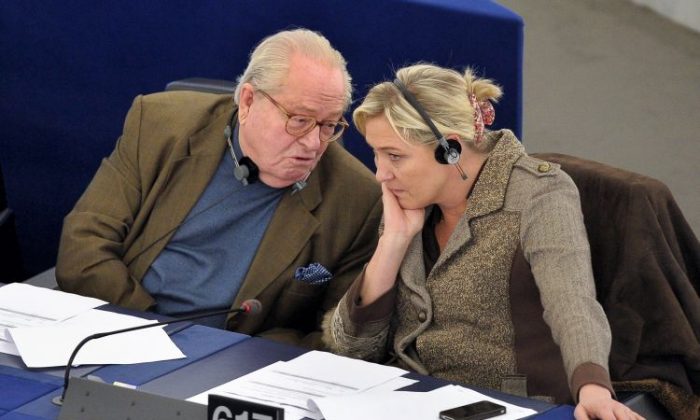 A French court sentenced far-right politician Jean-Marie le Pen to a suspended three-month jail term and cited him $13,000 for downplaying the Nazi occupation of France in World War II, according to media reports.

Le Pen received the sentence and fine on Thursday for telling a newspaper in 2005 that the Nazi occupation was “not especially inhumane, even if there were a number of excesses,” which is “inevitable in a country of 550,000 square kilometers,” or around 341,000 square miles, reported the Montreal Gazette. He was not present during the ruling.

Le Pen, former head of the National Front party, told AFP Le Pen he would appeal the ruling. “I will make an appeal in cassation against this decision, which I’m not surprised comes during the election period,” he said, adding that the courts are to blame for “opportunism.”

He founded the party in 1972 and since then has been convicted of racism and anti-Semitism on several occasions. Le Pen handed over control of the party to his daughter a year ago.