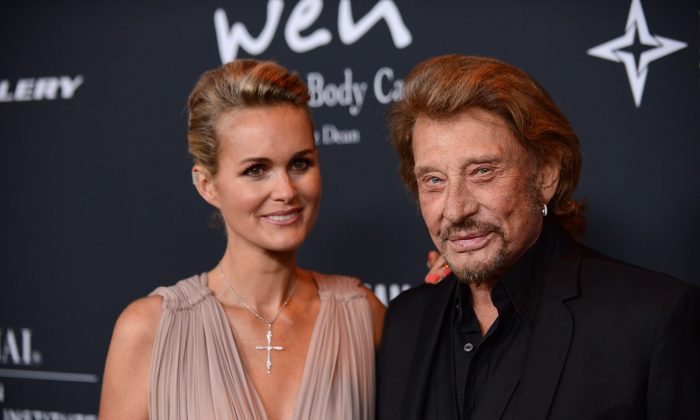 French rockstar, Johnny Hallyday, has been named as Elvis of the French-speaking world. Hallyday’s career spans over half a century, he has garnered 21 platinum albums, has sold over 110 million records worldwide, and has appeared in 36 films, however, outside of Europe he is perhaps only known by name.

The 71-year-old singer and songwriter is best known for his French hits like “Que Je t’aime,” “Gabrielle,” “Joue pas de rock’n roll,” and others.

As Hallyday prepares for a limited tour in North America, he spoke to Franck Ragaine about the first time he performed in New York and his inspirations.

“Nobody did rock n’roll before me in France. That’s when I decided I wanted to be a rock singer,” Hallyday said.

Hallyday says he got all his inspiration from Elvis Presley, and when he first started singing, he just impersonated all Elvis songs. Then, Hallyday started releasing his own material.

This is Hallyday’s second international tour in two years, and this time he’ll be in New York, Dallas, and Canada. He recalls his first time in New York as a surprising concert.

“I didn’t expect so many French people coming to the show,” Hallyday said. “I love New-York, there is a lot of energy in this city,” he added.

Hallyday will perform in New York one more time on May 6 at the Beacon Theatre.