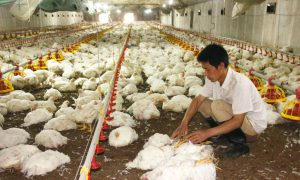 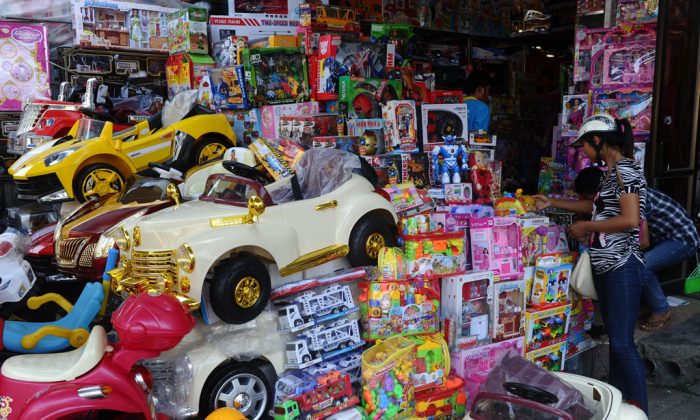 A stall selling Chinese-made toys at the Dong Kinh market in Lang Son of Vietnam, on the China border, on Sept. 23, 2014. French customs seized a large amount of counterfeit and low quality toys from China in November 2014. (Hoang Dinh Nam/AFP/Getty Images)
China

With Christmas approaching, French customs recently seized a large amount of counterfeit and low quality toys from China in the Paris suburb of Créteil, according to Radio France International’s (RFI) Chinese website on Thursday.

The total value of the seized toys reached 150,000 Euros, about US$184,412, including toy laser guns, toy cars, balloons, popular Christmas “flying fairy dolls,” and so on.

The head of the French custom inspection team told RFI that many of the low quality toys are dangerous. For instances, the radiation power of the toy laser guns is much higher than the agreed power, and the inflatable balloons contain 180 times more than the agreed level of the cancer-causing chemicals phthalates.

The flying fairy dolls that have been hot sellers this Christmas season have broken wings after being played with only a couple of times, the report says. The custom inspection team indicated that the majority of the toys coming from China are sent to wholesale distribution centers in suburbs of Paris in Aubervilliers.

The seizure in Créteil was not the first time French Customs confiscated counterfeit products from China this year. In August in the port of Le Havre over 12,000 counterfeit toys from China, including plastic balls, toy cars, children’s watches, and games, were seized.

French media also have reported multiple cases of French Custom seizing counterfeit televisions, DVD players, video games, medical equipment, and so on from China in the past few years. In 2008 France established a special team titled “Task Force Dragon” to attack growing numbers of imported counterfeit products, according to RFI.