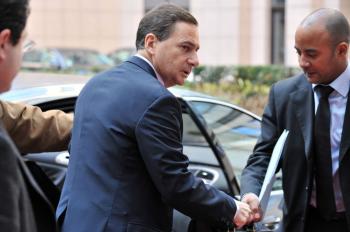 By Epoch Times Staff
Print
PARIS—What it means to be French is officially under debate. Eric Besson, minister of Immigration and National Identity, opened the dialogue on national identity at the beginning of November, and the controversy has been getting bigger week by week.

Debate critics claim that it is an opportunistic strategy by the French presidential majority in advance of the spring regional elections since the debate is over questions of security, immigration, and national identity, cornerstones of President Sarkozy’s electoral platform.

According to polls published by Journal Du Dimanche newspaper, 72 percent of French citizen view the debate as an “electoral trick.” Nonetheless, 57 percent say that it is useful.

On Nov. 29, on an Radio RTL political talk show, ruling Union for a Popular Movement (IMP) party chief Xavier Bertrand insisted that the debate was not merely linked to the elections, but is necessary to “to tackle real problems.”

“Be proud of what?” commented a reader of LeNouvelObs, a news Web site. “Of our country? Yes. Of our history? Yes. But can we be proud of the politicians who currently manage our country?”

Minister Besson decided to have the first public debate on national identity, on Nov. 30, in the symbolic city of Verdun in Eastern France. “It is here that, in 1916, in a battle that shook every family, our wish to belong to France was forged,” said Verdun’s mayor. Similar sessions will be held across the country and citizens can also participate via the Internet.

About 100 people participated the Verdun debate, who, according to French media, were carefully selected from among right-wing party sympathizers to discuss the themes of national values in face of conflicts, dimensions for citizenship, and national identity versus international issues.

In what the French press describes as a very flat and circumvented evening, the only loud voice was that of an Algerian, who said he had lived in France for more than 40 years and does not wish to become French if “that means becoming a second class citizen.”

“I will be happy to become a French citizen when equality will have a meaning here,” he said.