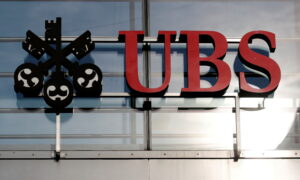 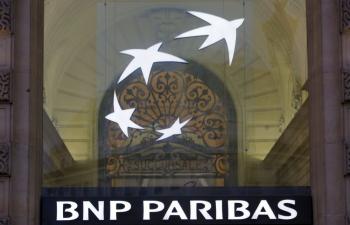 The logo of French bank BNP Paribas. The French competition authority on Monday announced it would fine 11 major French banks a total of 385 million euros (US$502 million) for charging unfairly high fees on interbank checks between 2002 and 2007. (Loic Venance/AFP/Getty Images)
Europe

The banks charged 4.3 cents on 80 percent of checks exchanged, following the implementation of a new digital system to clear and process interbank checks in 2002.

The banks claim the fee offset losses from interest payments.

The competition authority, which has been investigating the case for seven years, according to Le Monde, said, “There is no evidence to prove that the transition to ECI (exchange check-image) has provoked net losses to any of the banks involved. Therefore, the banks' justification of the fee's necessity, could not, in any event, justify it,” quoted by technological newswire Finextra.

The banks were also fined for two additional fees for related services.

The banks have one month to file an appeal.