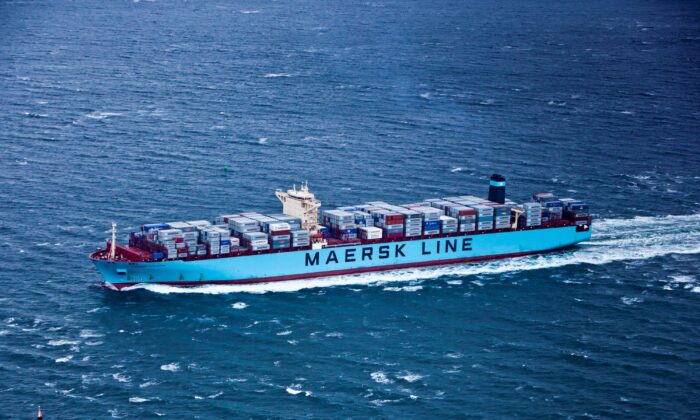 Shipping companies have registered a record $150 billion in profits with prices rising nearly 10 times while small-business owners claim that the major container lines are exploiting their monopolistic positions to charge exorbitant fares.

In 2021, the spot rate for a 40-foot container from Asia to the United States was priced at over $20,000 as the global economy came out of the pandemic and demand spiked with the oncoming holiday season, based on data from Bloomberg. The current price is around $14,000, which is far above the typical $2,000 shipping companies used to charge not so long back.

Corporations like Walmart, Amazon, and Ikea have the leverage to negotiate better rates with the cargo lines. However, smaller producers and traders are left bearing the brunt of price hikes. They cannot pass along costs to their customers leaving finances stretched in the face of a market that’s already been disrupted with lockdowns and other logistical issues.

“They exploit our desperation,” a vegetable processor in India said to Bloomberg after half of his company capital was wiped out when many international buyers refused to bear the increase in shipping rates.

European Union antitrust regulators ruled in 2019 that freight liners were exempt from antitrust regulations against anti-competitive practices till 2024. The reason given during the time was this leads to lower rates and better customer service.

As of the end of 2021, the four leading companies, Denmark-based Maersk, Swiss-Italian Mediterranean Shipping Company, French CMA CGM, and Chinese COSCO make up almost 60 percent share of all liner fleets in the world. Persistent supply chain crises and rate hikes have put the focus on the market concentration of freight lines and the EU ruling.

Port congestion and surging consumer demand had placed the shipping companies in a favorable position where they could set their own prices for transporting much-needed cargo.

The British maritime research consultancy Drewry said on their website that the current scenario featuring the spread of Omicron and global logistical disruptions would most likely result in an increase from $150 to $190 billion forecast for the container carrier sector in 2021 at a margin of almost 43 percent.

“The goods themselves have only fractionally increased, yet the cost of transporting these supplies into the UK has become more expensive than the cost of purchasing them,” said Lovell.

High transportation costs, including shipping, has contributed to already-high inflation rates. According to economists, this will impact the recovery process and will have long-lasting effects on the economy.