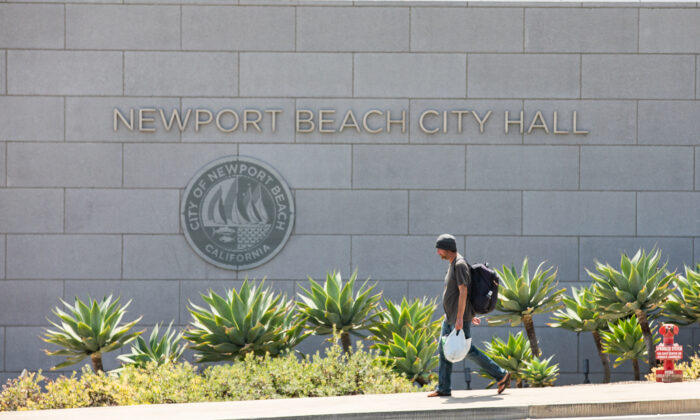 The city of Newport Beach, Calif., would have had a large freeway running right through the heart of it, if not for a group of residents and politicians known as the Freeway Fighters.

“There’s a high demand for people to go up and down the coast, and that was the idea for the freeway plan,” former Newport Beach city councilman and civil engineer Don Webb told the Epoch Times.

The new coastal freeway was planned in the 1960s and would have been up to 12 lanes wide and separated the harbors and beaches from the city, along with connecting to what’s now known as the Costa Mesa Freeway.

The freeway system included a five-level interchange that would have destroyed area businesses and homes. It would have also brought in an estimated 187,000 vehicles on a daily basis.

City councilman and future mayor of Newport Beach Howard Rodgers opposed the plan and led a group of people in writing letters, creating presentations, attending homeowner meetings, and even helping people getting their houses back from the state that were purchased to make way for the freeway.

“I worked with Howard along with the rest of the city council at the time,” said Webb. “The public works staff and I were connected in serving all the various departments in city hall.”

However, the group called the Freeway Fighters had a huge fight ahead of them after Newport Beach’s city council signed an agreement with the state of California to build the freeway in 1970.

The connecting freeway was also already built in the neighboring city of Costa Mesa, where today’s 55 Freeway comes to an end in the intersection of 19th Street and Newport Boulevard in sight of the Triangle Square shopping center.

The freeway plan would have not only required the removal of homes, businesses, and a post office, but it would also have included the location of what is now the Oasis Senior Center and Harbor View Hills elementary school.

For the Freeway Fighters, the goal was to overturn the agreement with the state and create a charter amendment to ban Newport Beach from entering into agreements to allow freeway construction within the city limits without voter approval.

The group lobbied state and federal officials along with collecting more than enough signatures to put two measures on the ballot in a special election in March 1971—one for the charter amendment and one to rescind the freeway agreement.

Ahead of the election, five out of seven city council members voted to support a “no” vote to both questions on the ballot, but both passed with overwhelming support from the public.

California’s governor at the time, Ronald Reagan, eventually agreed that there was to be no more critical disruptions by California’s highway systems along the coastline. However, the flow of traffic still needed to be diverted elsewhere.

“From a civil engineering standpoint, there ultimately needed to be a replacement route for the traffic going North and South along the coast,” Webb told The Epoch Times.

“Ultimately that route would end up being the Highway 73 toll road.”

Rodgers, Webb’s former colleague and Freeway Fighters member, would eventually serve the city as mayor in 1976, only to succumb to a heart attack later in the year. Yet the lasting impact of his efforts to halt the major freeway through Newport Beach continues to benefit residents to this day.