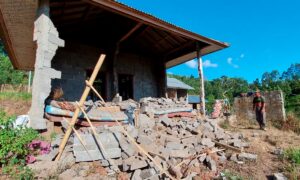 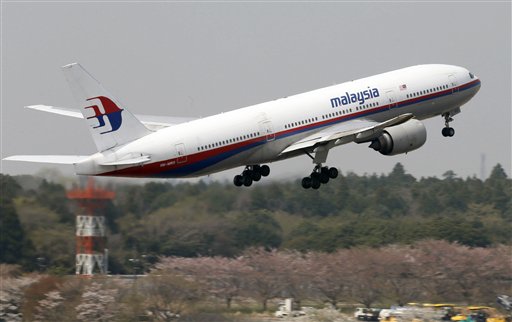 Freescale Semiconductor Employees Behind Missing Malaysia Airlines Plane? One of Many Conspiracy Theories

Twenty employees of Austin-based technology company Freescale Semiconductor were on board the missing Malaysia Airlines flight MH370 that was en route to Beijing.

The employees were en route to a business meeting in China, a spokeswoman for the tech firm said.

The employees — 12 from Malaysia and eight from China —work at facilities in their respective countries that manufacture semiconductor chips, said Freescale Semiconductor spokeswoman Jacey Zuniga.

“We have several manufacturing sites in Kuala Lumpur and Tianjin, China. Those 20 employees were with those teams,” she said.

The employees were aboard Flight MH370, which lost contact with ground controllers somewhere between Malaysia and Vietnam after leaving Kuala Lumpur early Saturday morning for Beijing. The plane was carrying 239 people.

Freescale Semiconductor has been developing microprocessors, sensors and other technology for the past 50 years. The technology it creates is commonly referred to as embedded processors, which according to the firm are “stand-alone semiconductors that perform dedicated computing functions in electronic systems.”

The fact that the employees were on board has sparked one of the many conspiracy theories associated with the plane vanishing, which is that there was electronic weaponry on board.

The theory purports that the weaponry enabled some of the people on board–the Freescale employees and the people who boarded the plane with fake passports–to jam radar and other electronic observation, making the plane essentially invisible except to eyewitnesses.

One of the authors of the theory, elaborating in a post on popular conspiracy website Before It’s News, alludes to a U.S. intelligence assessment on capabilities of Israel in regards to an attack on Iran. Any attack would include jamming the electric grid, Internet, and cell phone network, using devices such as one that mimics a maintenance cell phone signal that commands the cell network to “sleep.”

The report also references a story from Fox News that explained that new stealth technology makes airplanes invisible to radar, and can also make them hard to spot with the naked eye.

“The general public … might not hear about how far the U.S. has really come, because it is and should remain classified,” firearms expert Chris Sajnog, a former Navy SEAL, said. “Other countries are still playing catch-up — but they’re closing the gap.”

“It is conceivable that the Malaysia Airlines Flight MH370 plane is ‘cloaked,’ hiding with high-tech electronic warfare weaponry that exists and is used,” a Before It’s News story claims. “In fact, this type of technology is precisely the expertise of Freescale, that has 20 employees on board the missing flight.”

Freescale’s commercial products can meet the requirements of applications such as avionics, electronic warfare, and battlefield communications, according to the company’s website.