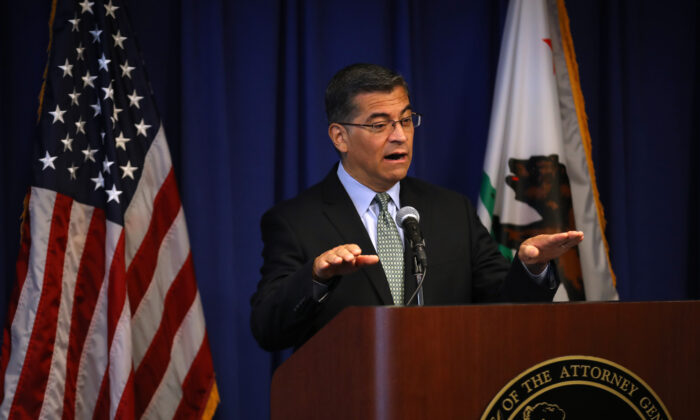 Freelance journalists filed suit this week against California in federal court in hopes of striking down an unusually restrictive and possibly unconstitutional state employment law that outlaws independent contracting with very narrow exceptions.

Layoffs blamed on the law, known as AB5, which was pushed by organized labor to crack down on the hard-to-unionize so-called gig economy represented by companies such as Uber and Lyft, have already been announced at media outlets across the United States.

After previously praising the legislation as “a victory for workers everywhere,” left-leaning Vox Media canceled the contracts of more than 200 freelancers working for its SB Nation sports platform and replaced them with 20 new part-time and full-time staffers, Reason reports. AB5 “makes it impossible for us to continue with our current California team site structure because it restricts contractors from producing more than 35 written content ‘submissions’ per year,” according to SB Nation’s John Ness.

Carveouts in the statute treat freelance journalists worse than other professions that engage in First Amendment-guaranteed speech, the plaintiffs in the new lawsuit say.

Writers’ and photographers’ submissions to a publication are, as Ness said, limited to 35 pieces of content each year. To go beyond the cap, they must become regular employees. Journalists who record audio or video also no longer have the ability to work on their own.

The plaintiffs in the lawsuit who say the new law makes it impossible for their members to earn a living are the American Society of Journalists and Authors Inc. (ASJA) and the National Press Photographers Association (NPPA). Chartered in 1948, ASJA has about 120 members in California. Created in 1946, NPPA has 536 members in the Golden State.

AB5 was enacted ostensibly to help workers by preventing their “misclassification.”

It adopts the so-called “ABC” test to determine employee status, according to the labor union-funded Economic Policy Institute (EPI). The test stipulates that workers may only be considered independent contractors when a business proves the workers “a. Are free from control and direction by the hiring company; b. Perform work outside the usual course of business of the hiring entity; and c. Are independently established in that trade, occupation, or business.”

“Workers who don’t meet all three of these conditions must be classified as employees for purposes of state wage and hour protections,” according to EPI. “AB5 will help ensure that California’s workers who perform core work under company control versus as independent businesses have access to basic labor and employment protections and benefits denied independent contractors, including minimum wage and overtime protections, paid sick days, workers’ compensation benefits, and unemployment insurance benefits.”

The lawsuit, cited as ASJA v. Becerra, was filed Dec. 17 in the U.S. District Court of the Central District of California. The plaintiffs are hoping to obtain an injunction against the law, known as AB5, before it takes effect on New Year’s Day.

The office of California Attorney General Xavier Becerra, a Democrat in charge of enforcing AB5, offered only a brief comment to The Epoch Times.

“We haven’t been served yet,” a representative said of the legal complaint.

Jim Manley, an attorney at Pacific Legal Foundation (PLF) said, “We’re arguing that the press can’t be singled out for especially negative treatment.”

PLF is a national public interest law firm headquartered in Sacramento, California. Founded in 1973, it describes itself as defending “Americans threatened by government overreach and abuse.”

“The reason it is unconstitutional is because it treats the press as second-class freelancers,” he said on a conference call for reporters Dec. 18. Under the new law, “you can write the press releases [as a company employee], but if you write about the press releases, then that is different.”

“Treating journalists differently based solely on the content of their speech is flatly unconstitutional,” Manley said. “The government cannot single out journalists and deny them the freedom to work as freelancers.”

Members of the two organizations suing California explained in a separate statement why they want AB5 overturned.

“Under the law, a freelancer like me can write 200-plus press releases in a year for a marketing firm, and it’s no problem,” said San Diego freelance writer Randy Dotinga, a board member and former president of ASJA. “But if a newspaper wants me to write a weekly column about local politics, it must put me on staff—a very unlikely prospect—or violate the law. Otherwise, I am silenced.”

“From the first reports of the introduction of this bill, NPPA has expressed its concern over the arbitrary and unjust treatment of independent visual journalists under its terms,” said NPPA President Michael P. King.

“Unfortunately, despite our best efforts to amend the bill’s language, lawmakers have been unsympathetic and unresponsive to our pleas.”

Lawyers will move forward with a motion for a preliminary injunction to block enforcement of AB5 once a judge has been assigned to the case, Manley said.