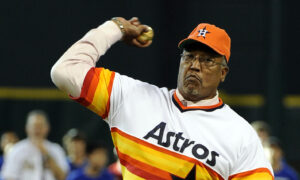 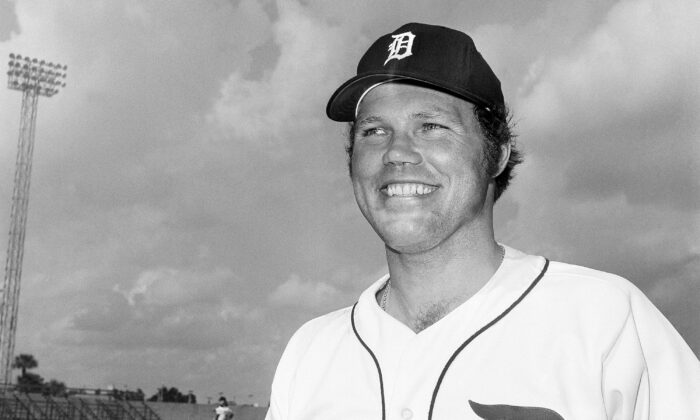 DETROIT—Bill Freehan, an 11-time All-Star catcher with the Detroit Tigers and key player on the 1968 World Series championship team, died Thursday at age 79.

The Tigers honored Freehan with a moment of silence and photos and video on the Comerica Park scoreboard before an afternoon game with the Los Angeles Angels.

“It’s with a heavy heart that all of us with the Detroit Tigers extend our condolences to the friends and family of Bill Freehan,” the team said.

The cause of death was not disclosed, but family members in recent years have publicly said that Freehan had Alzheimer’s disease.

He played his entire career with the Tigers, from 1961 through 1976. Besides All-Star appearances, including all 15 innings in the 1967 game, Freehan was awarded five Gold Gloves.

“The guy was the best catcher I ever pitched to. … Nobody did it better,” said Denny McLain, who won 31 games for the Tigers in 1968.

In Game 5 of the 1968 World Series against the St. Louis Cardinals, Freehan blocked home plate during a crucial play and tagged out Lou Brock. Detroit won the game and the series—a result best captured by a famous photo of pitcher Mickey Lolich jumping into the arms of his jubilant catcher who caught a foul ball for the last out in Game 7.

Angels manager Joe Maddon called Freehan a “great catcher.” He was a St. Louis fan as a teenager and recalled the big play at the plate in the World Series.

“Brock did not slide,” Maddon lamented.

Willie Horton, an outfielder who made the throw that nailed Brock, said Freehan was one of his best teammates.

“His entire Major League career was committed to the Tigers and the city of Detroit, and he was one of the most respected and talented members of the organization through some difficult yet important times throughout the 1960s and ’70s,” Horton said.

Freehan also coached baseball at the University of Michigan and in Detroit’s minor league system.

Freehan’s family suspected that Alzheimer’s disease was related to concussions from his years as a ballplayer. A grandson, Blaise Salter, quit the minor leagues in 2018 after two concussions in eight months.

“I don’t even know if they documented concussions back in the day,” Salter told the Detroit Free Press at the time. “But obviously, he had enough. Think about it: When he was catching, they didn’t have helmets as a catcher. There is foul ball after foul ball off his head. There is definitely a connection.”