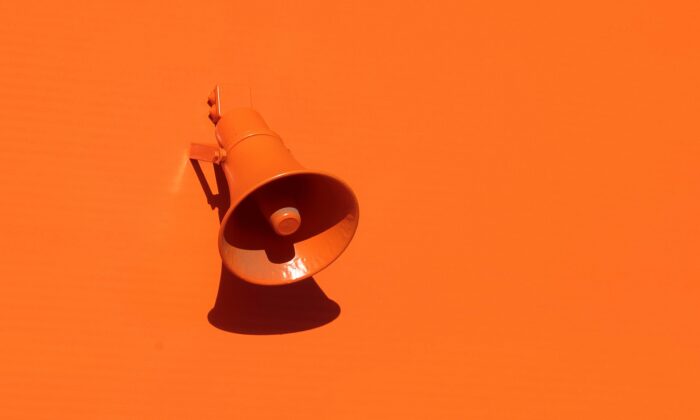 Freedom of Speech Slipping Away

As the new Biden-Harris administration assumes power, the most basic American freedom of speech and expression is under unprecedented threat.

For the first time ever, I am concerned about my freedom to do my work, to run a policy institute addressing issues of culture, race, and poverty from a conservative perspective.

Technology—the internet—which was largely nonexistent just 25 years ago, now plays a huge role in our lives as a tool of communication.

According to Statista.com, the United States has 223 million Facebook users, almost the size of the entire U.S. population over age 18. Per Pew, 22 percent of U.S. adults use Twitter.

These developments have put enormous power at the disposal of technology firms over what we see and read.

Former President Donald Trump has noted, with total legitimacy, that he turned to social media as his platform of preference to communicate with the country because of widespread bias in the mainstream media.

What gives the technology companies so much discretion over communication, the oxygen of our free country?

This comes from a provision of the 1996 Communications Decency Act that was passed to set the ground rules for the powerful new technologies that were emerging. Technology companies are protected from liability for the content they carry: The liability exists with whomever provided that content. But they were also given discretion over what they choose to carry.

The discretion part comes from logic that the operators of these platforms should be able to refuse truly inflammatory, dangerous content. But what about content that is normally protected by the First Amendment?

Jack Dorsey, CEO of Twitter, appointed himself judge and jury, deciding that Trump incited the assault on the Capitol building and banning the president from Twitter for life.

We know that Trump’s own words were that the demonstration on Capitol Hill should be “peaceful.” The point is, if Trump broke the law, this should be determined through legal channels, not by the subjective decision of a businessperson with a net worth of some $12 billion accrued because of American freedom.

I produce a weekly television talk show, “CURE America with Star Parker.” The show was booted off Vimeo because the far-left Southern Poverty Law Center identifies one of our Christian advertisers as a hate group and one pastor said homosexuality is a sin.

Now quoting the Bible, expressing views of a believing Christian, is out of bounds—banned from the nation’s major media platforms?

We must recognize that our nation’s most precious commodity—our freedom to speak, act, and assemble—is seriously being threatened.

Because those controlling these technology companies disproportionately have political sympathies to the left, it’s the freedom of conservatives that is most seriously under siege.

Fortunately, many are now concerned.

The argument is made that First Amendment speech protections only pertain to government action, not private companies. But technology has enabled a concentration of private power not previously imagined.

The Communications Decency Act could be amended such that speech on technology platforms receives the same protections as all speech protected by the First Amendment.

Another possibility would be to amend the Civil Rights Act to include those with religious conviction based on teachings of Judaism and Christianity as a protected class.

Conservatives must push for new law and new platforms.