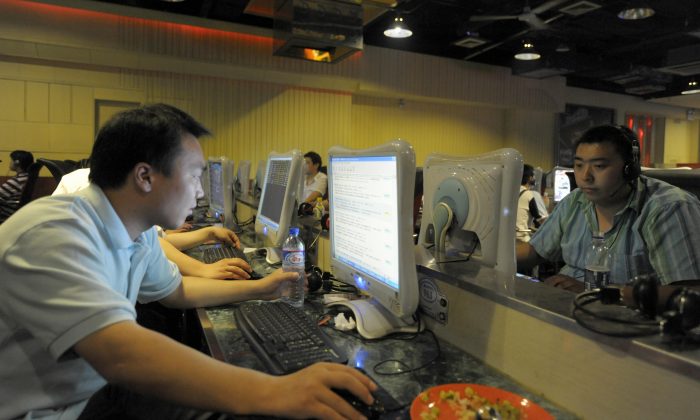 Internet users in Beijing on June 3, 2009. The control of the internet in China is among the strictest in the world, according to a 2014 human rights report by Freedom House. (Liu Jin/AFP/Getty Images)
China

Freedom House, the U.S.-based democracy watchdog, published its “2014 Net Report” recently, showing that China’s Internet controls were among the most restrictive in the world.

The report covers developments in Internet freedom in 65 countries, from May 2013 to May 2014. It found a decline worldwide for the fourth consecutive year; among the studied countries, 36 saw increased Internet restrictions during the period.

China is ranked one of the world’s three worst abusers of Internet freedom, along with Iran and Syria; the country received a freedom score of 87— where 100 is the worst, and a score of 39 out of 40 on a scale of violations of user rights.

The report says China enforces routine censorship during politically sensitive events and breaking news. A number of major websites have been inaccessible in the mainland China, including YouTube, Facebook, Twitter, and Google. The report notes, though, that Chinese netizens regularly circumvent these measures with software.

Sensitive issues are systematically censored by Chinese authorities, including the regime’s human rights abuses, suppression of ethnic minorities, and the persecution of Falun Gong, a spiritual practice, the report says.

Internet censors use elaborate keyword blacklists, which are regularly updated, to censor and monitor in real time instant-messaging services such as Tom-Skype and QQ, by the Chinese company Tencent. Internet web portals in the country are required to follow government orders to delete news and blog posts on demand.

Moreover, the authorities issued a judicial interpretation in September 2013 that criminalized “rumors” or “harmful” online comments that are viewed more than 5,000 times or shared by 500 Internet users.

An “anti-rumor” political campaign was carried out along with the interpretation. Many observers concluded that the exercise, which resulted in the arrest of hundreds of regular Internet users, was aimed at intimidating netizens.

Although the Chinese constitution guarantees freedom of speech, assembly, association, and publication, such provisions cannot be invoked in the Party-controlled court system as a legal basis for defending rights. The judiciary is considered a tool of the Communist Party, rather than an independent institution as in the West.

Other than China, Russia, Turkey, and Ukraine experienced the most significant declines in Internet freedom over the year.

Internet freedom improved the most in India; the United States, and the majority of European countries showed the best performance in the report.