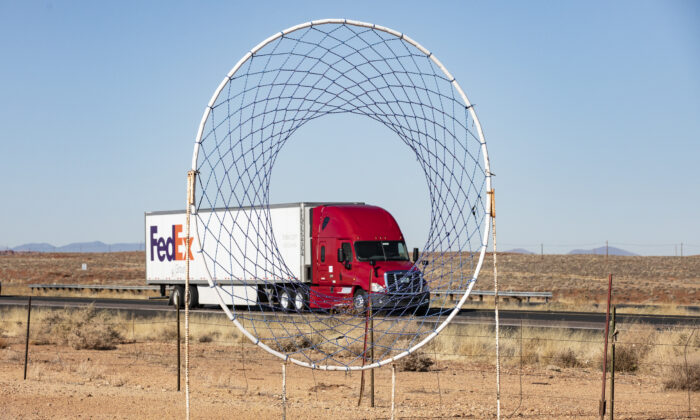 Freedom Convoy Group Ramps Up for Rally in El Monte

A California organizer for Freedom Convoy USA 2022 is staging an overpass rally in Los Angeles County before the caravan heads to Washington, D.C.

Mark Perez, the organizer, told The Epoch Times the overpass rally will be held near the junction of Rosemead Boulevard and CA-60 Freeway in El Monte, California, at 9 a.m. on Friday, Feb. 25.

The Freedom Convoy USA is separate from The People’s Convoy which is heading east from Barstow on Feb. 23, but both groups share the common goal of ending the state of emergency and COVID-19 vaccine and mask mandates.

“We were all in with them,” Perez said of the other convoy groups, but Freedom Convoy USA 2022 organizers got frustrated with delays and have set their own plan in motion.

The group has obtained permits in Washington, D.C., and other locations in different states, he said.

The main mission is “to restore freedom in the United States,” Perez said.

Like any freedom rally or event Perez has organized over the last three years or more, he never knows how many people will show up, he said.

No convoy keeps an “RSVP” tally because many truckers and supporters don’t want their names on a list for fear of potential “backlash,” he said.

“I’m just a regular retired dude fighting for our freedom. Right now, there are eight of us in vehicles that are going to go the whole route to D.C. We’re funding this whole trip on our own,” he said.

Once in Washington, Perez said the group plans to stage a rally across the street from the Washington Monument on March 1, the day President Joe Biden is scheduled to deliver his State of the Union address.

“We don’t know what’s going to happen in D.C. We’re just going to have our event March 1,” he said.

Kyle Sefcik, a Freedom Convoy USA spokesman, posted a video on the group’s Instagram page on Feb. 21, stating the purpose of the mission in an open message to Biden.

“We are coming peacefully and we’re going to do this lawfully and constitutionally,” he said in the video.

“We just want government overreach to end,” he said. “On behalf of Freedom Convoy USA 2022, we are asking you to end the state of emergency—end the mandates once and for all. Sir, the world is watching us because they know if what’s happening in Canada happens here in the Land of the Free, then freedom, as we know it, is gone.”

Sefcik said it’s time for all Democrats and Republicans to listen to the people.

“This whole convoy, this whole assembly on the National Mall—it doesn’t even need to happen if you just end things now and we can get on with our lives,” he said.

“Mr. President, we have no other motives in this mission. You see, the government—our elected officials of both parties—have failed us tremendously these last two years. And now, it’s time for us—We, the People—to fix this, to end this. We’re ready to get back to our lives, the ones promised and guaranteed in the United States Constitution Bill of Rights,” Sefcik said. “This is simple: End this!”