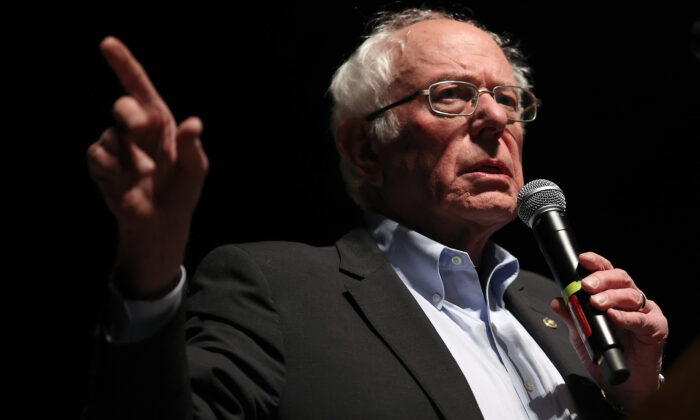 The Iowa caucuses, the real start of the 2020 presidential primaries, are next week. Who’s favored to win? Sadly, as I write this, the smart money says it’s the candidate who’s promised Americans the most “free” stuff.

Six months ago, my staff and I tallied the candidates’ promises. All wanted to give away trillions—or more accurately, wanted government to tax you and spend your money on the candidates’ schemes.

At that point, Sen. Kamala Harris (D-Calif.) led. Fortunately, her promises didn’t bring her sustained support, and she dropped out.

Unfortunately, now the other candidates are making even more promises.

So, it’s time for a new contest.

My new video ranks the current leading candidates by how much of your money they promise to spend. We divide the promises into four categories:

Sen Elizabeth Warren (D-Mass.) would spend much more. She wants the government to “provide universal child care for every baby in this country age 0 to 5, universal pre-K for every child, raise the wages of every childcare worker and preschool teacher in America, provide for universal tuition-free college, put $50 billion into historically black colleges and universities … and cancel student loan debt for 95 percent of the people.”

Sanders would forgive all student loans—even for the rich. He also demands that government give everyone child care and pre-K.

Good try, Pete, but Sanders “wins” in the education category, with nearly $300 billion in promises.

All the Democrats pretend they will do something useful about climate change. Biden would spend $170 billion per year, Buttigieg $150 billion to $200 billion, and Warren $300 billion. Sanders “wins” this category, too, by promising more than $1 trillion.

Even the “moderate,” Biden, now wants to “build out Obamacare” and to cover people here illegally.

So does Buttigieg—but he’d spend twice as much on it.

Warren complains the Buttigieg plan “costs so much less” than her plan. She’d spend $2 trillion a year.

Sanders is again the biggest spender. He’d spend $3 trillion of your money on his “Medicare for All” plan.

In this category, Biden, to his credit, plans no new spending.

But Buttigieg has been cranking out lots of new promises, like $45 billion for “affordable housing” and $27 billion to expand Social Security payments beyond what people paid in.

Sanders “wins” again. He promises to guarantee everyone a job, provide “housing for all,” and give more people food stamps.

Finally, we found a spending category that Sanders doesn’t win. With $130 billion in new plans, Biden wins the “miscellaneous” round.

And what about that incumbent Republican?

President Donald Trump once talked about “cutting waste,” but government spending rose more than half a trillion dollars during his first three years.

At least Trump wants to spend less than the Democrats.

But Bernie Sanders blows them all out of the water, with nearly $5 trillion in proposed new spending!

“I’m not denying we’re going to spend a lot of money,” he admits.