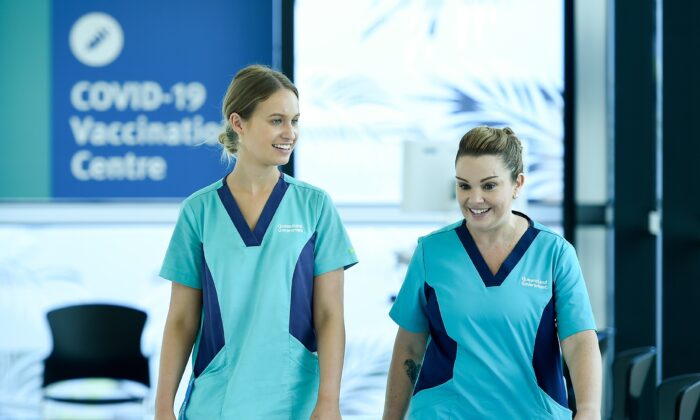 Free University for 10,000 Nurses, Midwives in Australian State of Victoria

More than 10,000 budding nurses and midwives will have their university degrees paid in full by the government to ease workforce pressures on the Australia’s state of Victoria’s stretched health system.

The nurses and midwives will be recruited and trained for free from next year as part of a A$270 million (US$186 million) initiative announced by the Victorian government on Sunday ahead of the upcoming November election.

Under the five-year program, all new domestic students enrolling in a professional-entry nursing and midwifery course in 2023 and 2024 will receive a scholarship of up to $16,500 to cover course costs.

Scholarships worth an average of $10,000 will also be handed to postgraduate nurses to complete studies in specialist areas, including intensive care, emergency, pediatrics and cancer care.

Other features of the package include:

Andrews said the Victorian government has been working on the package for months, as hospitals across the state were buckling under the weight of the latest COVID-19 wave.

“Our hospital system is under very, very significant pressure,” he said, adding up to 2,000 health workers were off sick with the virus on any given day this winter.

“If COVID is raging, well, nurses are not immune from that.”

“Daniel Andrews has had eight years to do this and has failed to do anything,” she said.

“This government is bereft of ideas and are coming at this late time to make an announcement.”

State Secretary of the ANMF, Lisa Fitzpatrick, said she was thrilled with the Victorian government’s announcement but concerned about the opposition’s pledge to match it.

“It sort of seems like the Meg Ryan (quote) ‘I’ll just have what she’s having’,” she said, referencing a well-known scene from the 1989 film When Harry Met Sally.

“I’m concerned that they would just say that when they don’t know the detail of the commitment, so that’s troubling.”

Fitzpatrick believes the A$270 million package will make it easier to fill rosters and allow more nurses to take up flexible work arrangements.

Health has been earmarked by both major parties as a key focus area for the upcoming state election after two-and-a-half pandemic-plagued years.

The opposition has promised to shelve the Andrews government’s multibillion dollar Suburban Rail Loop to redirect funding to build and upgrade hospitals in Melbourne and regional Victoria if it wins the November poll.