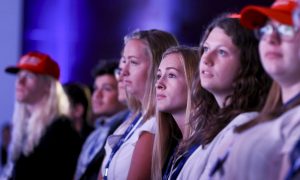 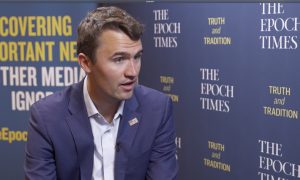 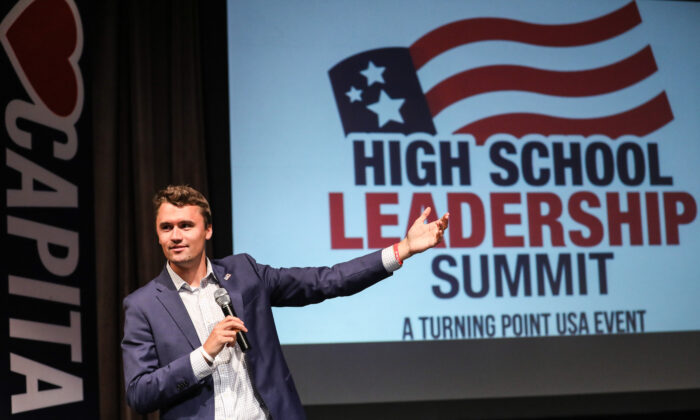 The University of Scranton discriminates against conservative students, according to a nonpartisan watchdog group.

The Foundation for Individual Rights in Education (FIRE), a free-speech advocacy organization based in Philadelphia, says the Pennsylvania school’s student government engaged in viewpoint-based discrimination when it refused to recognize a chapter of Turning Point USA, a conservative group that supports the policies of President Donald Trump and educates students about the dangers of socialism.

“I find it unfortunate that our group of bright-minded students was treated with such bias by our own student government,” student Noah Kraft, prospective treasurer of the Turning Point chapter, told FIRE. “While our goals on campus were to promote political activism, engage in friendly discussion, and even participate in community service, it was made clear that our voices have been silenced.”

According to FIRE, on Oct. 8, “after several hours of questioning and multiple closed-door discussions, the University of Scranton student government rejected recognition of a proposed chapter of Turning Point USA. On November 13, FIRE wrote to University of Scranton President Scott R. Pilarz urging the university to recognize TPUSA in order to adhere to the freedom of expression promises it makes to its students, or identify a viewpoint-neutral reason it should not do so. The university sent FIRE an unsatisfactory response on November 26, and FIRE wrote the university again on December 4, asking that it reconcile the viewpoint-based denial with its free speech promises.”

When the student government considers the application, “that is when the whole ‘yikes, nope, denied,’ is meant to occur,” he wrote. Should the application be approved, “I have the ability to veto,” Ashraf wrote. Under pressure, he later said he would recuse himself from the process.

FIRE sent a letter to the university’s administration asking it to intervene in the process, referencing the school’s student code of conduct that states that “freedom of thought, freedom of expression, and freedom of the individual must be preserved.”

But the school, which describes itself as a Catholic and Jesuit university, rejected the entreaty, responding that “these personal freedoms must be balanced against our mutual responsibility for supporting and nurturing a community whose ministry of education is informed by the vision of life contained in both the Gospel and the Spiritual Exercises of St. Ignatius.”

FIRE responded, “We ask again that you identify a viewpoint-neutral reason for the rejection or, in the alternative, a substantive explanation as to how viewpoint discrimination is compatible with the promises Scranton makes to its students.”

Trump has been critical of institutions of higher learning that squelch free speech on their campuses.

He signed Executive Order 13864 on March 21, which directs colleges and universities to defend free speech on campus or lose federal research funding.

Trump described it as “the first in a series of steps we will take to defend students’ rights,” adding it was intended to combat “ideological intolerance on campus.”

“Even as universities have received billions and billions of dollars from taxpayers, many have become increasingly hostile to free speech and to the First Amendment. You see it all the time. You turn on the news and you see things that are horrible,” the president said.

“Under the guise of ‘speech codes’ and ‘safe spaces’ and ‘trigger warnings,’ these universities have tried to restrict free thought, impose total conformity, and shut down the voices of great young Americans.”