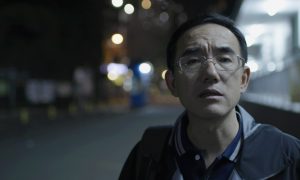 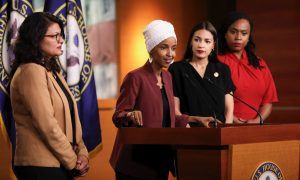 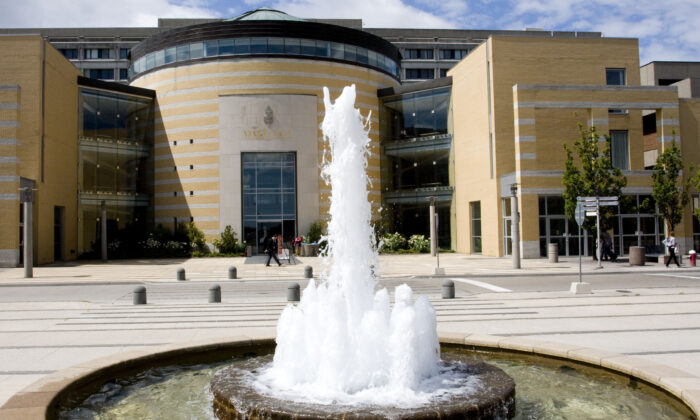 York University “has work to do to make clear the boundaries of acceptable conduct” regarding how it handles free expression on campus in relation to controversial topics, says an independent review of a violent protest at the university last November.

The review was launched after a Jewish student group’s event featuring a panel discussion with former Israeli Defence Force soldiers was disrupted by a massive protest led by the Students Against Israeli Apartheid group.

The protesters, which included non-university groups, rallied to aggressively stifle the event and tried to block audience members from entering, while chanting “Viva, viva intifada” and holding signs and Palestinian flags.

“In the course of my interviews and review of the written submissions, it became clear that there are important misunderstandings in some quarters of the University about the scope and limits of free expression,” writes former Supreme Court justice Thomas Cromwell, who conducted the review at the behest of the university.

Video footage shows the protesters crowded around the entrances to the hall where the event was held, chanting loudly and yelling threats. There were also clashes between Pro-Israel and pro-Palestinian students inside Vari Hall and in the hallways.

“Even a casual look at the extensive video of the event shows what a dangerous  situation existed in Vari Hall that evening,” Cromwell wrote.

Although disrupted by the protest, the event was able to continue, aided by police guarding the doors and escorting attendees out after it was over.

Rowdy protests at events hosted by pro-Israel clubs has become common, making the issue one of the primary battlegrounds when it comes to free speech at universities.

Cromwell said the York protest is a reflection of “widespread and deep tension concerning the scope and limits of free expression on university campuses.”

While conducting his review, Cromwell said he heard complaints from both sides that the rules in relation to aspects of free expression at York were unclear or lacking altogether, which “indicates that the University must strive for greater clarity and effectiveness of its policies.”

When hosting events expected to be controversial, he advises that the university be more transparent about the process of reserving space for speakers, re-invigorate policies on racism and harassment when it comes to student group behaviour, and clarify its responsibility to defend both free speech and public safety.

He recommends that York define a set of procedures or a handbook to supplement its existing policy on free speech, develop training on the scope and limits of free expression, and clarify and strengthen the policy frameworks and decision-making processes when it comes to contested free-speech issues.

David Elmaleh, an attorney at Re-Law LLP, praised Cromwell’s review for providing some closure to the Jewish students who were distraught by the experience, and for discerning the issues in York’s policies that need to be addressed.

“There were extensive gaps in the university’s polices and procedures and we welcome Justice Cromwell’s comments on the need to correct those gaps,” says Elmaleh.

However, he denounced the failure of York Federation of Students to participate in the review, despite repeated requests from Cromwell.

“The student government’s refusal to participate in this important process represents a grave failure in leadership and a profound embarrassment to the student leaders. Hate speech and discrimination must never be left unchecked on campus.”

Lauren Isaacs, the director for Herut Canada, which organized the Nov. 20 event, is more critical of the review. “I appreciate the sentiment, but in my opinion it’s all platitudes with no real plan to change or help the Israel clubs like mine.”

Expecting protesters at the event, Herut enlisted outside security as a precaution. But Cromwell heard in his interviews that Herut’s security conducted bag checks without the knowledge of York University Security Services.

Going forward, he said the university “ought to make clear that use of ‘volunteer security’ is absolutely prohibited” and that those in such a role using force against anyone should be removed from campus.

Isaacs says this is wrong, given the lack of adequate protection she was provided for the event. “Had I not had outside security myself, our guest speakers and our attendees would have been attacked. The security that was provided by the university was woefully insufficient.”

The protest drew condemnation from Toronto Mayor John Tory and Ontario Premier Doug Ford, as well as York’s president and vice-chancellor Rhonda Lenton, who said in a statement that “shouting, threats of violence and attempts to intimidate community members are not consistent with the responsibilities we all share.”

The aim of Reservists on Duty, the soldiers’ group that spoke at the event, is to counter the Boycott, Divestment and Sanctions movement and anti-Israel bias that is said to persist on college campuses, particularly during the controversial Israeli Apartheid Week, held annually on campuses across North America.

The Epoch Times contacted York University, York Federation of Students, and Students Against Israeli Apartheid for comment but didn’t receive a response by press time.