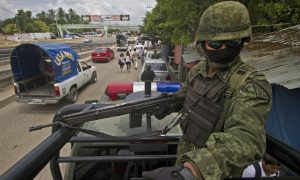 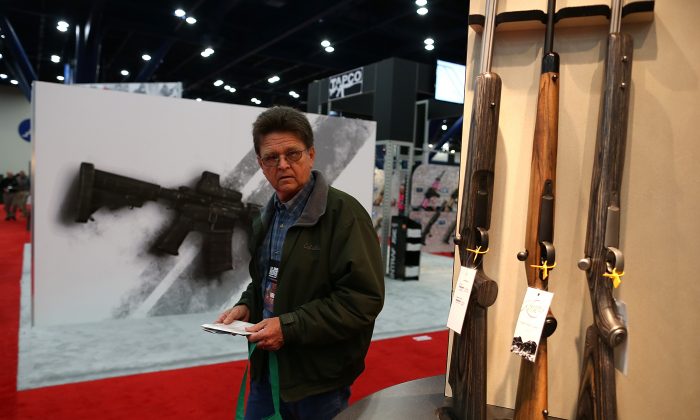 An attendee looks at a display of shotguns during the 2013 NRA Annual Meeting on May 3. A group wants to give out shotguns to people in 15 cities, and is beginning in Houston. (Justin Sullivan/Getty Images)
US

Free shotguns 15 cities: A group at the National Rifle Association convention wants to hand out free shotguns in 15 cities, including Chicago and Houston.

“It’s our hypothesis that criminals do not want to die in your hallway,” said Kyle Coplen, a University of Houston graduate who came up with the plan . “We think that society should use that fear to deter crime.”

The Armed Citizen Project, the group behind the plan, will primarily be handing out single-shot shotguns.

Coplen wants to arm about 25 percent of the people in the neighborhood where the group is currently giving away guns, according to CBS. The group wants to expand to 14 other cities, including Chicago, but Coplen is checking with lawyers to make sure there are no legal concerns.

“We’re giving folks the tools with which to defend their life, liberty and property, we’re training them how to use the weapons and empowering citizens,” he said.

The group is targeting “mid to high crime areas to establish gun rich zones,” according to its website.

“Through private donations, we will seek to arm specific blocks, while pursuing a media strategy that will ensure that we will increase the broader communities awareness of these zones. The goal is to find if there exists a causal link between an increase in the presence of firearms and the level of crime.”

Any person in the areas the group chooses can get a gun, provided they go through training the group gives before arming people.

The shotgun was chosen because they are easy to use, less expensive than other weapons, and effective against intruders, according to the project.