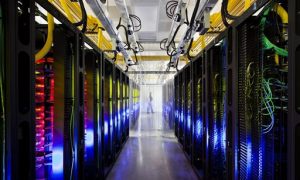 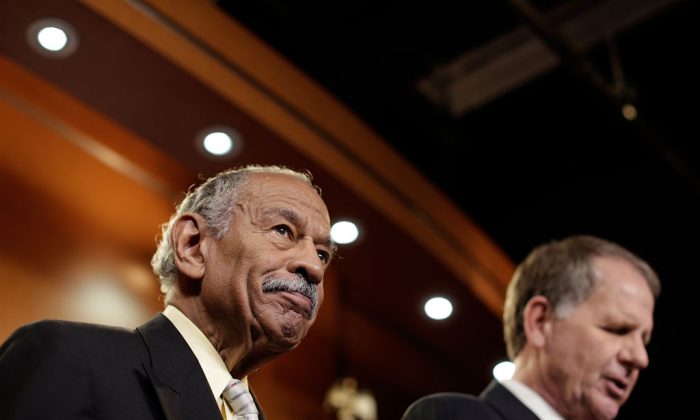 Rep. John Conyers (D-MI) (L) and Rep. Ted Poe (R-TX) (R) hold a news conference on H.R.1962, the 'Free Flow of Information Act of 2013', May 22, 2013 in Washington, DC. The bill would protect reporters from having to reveal their sources in federal court, with some exceptions including specific threats to national security. (Win McNamee/Getty Images)
Opinion

‘Free Flow of Information Act’ Is Bad for Journalism

US Senator Chuck Schumer (D-NY) believes the Senate has enough votes to pass the Free Flow of Information Act, creating a federal “shield law” for the first time. The bill was ostensibly written to address the Justice Department’s unprecedented acquisition of Associated Press phone records, as well as several other high-profile cases where journalists might be forced to reveal their sources to the national security state, and prevent such events from occurring in the future.

As with many so-called “progressive” reforms, however, there’s a catch. Well, more than one.

The first catch is an amendment to the bill, insisted upon by California senator Dianne Feinstein, taking it upon itself to define, down to the molecular level, what a “journalist” is. According to this amendment, a “covered journalist” – the sole target of this bill – is an individual “who is, or on the relevant date, was, an employee, independent contractor, or agent of an entity or service that disseminates news or information […] with the primary intent to investigate events and procure material in order to disseminate to the public news or information concerning local, national or international events or other matters of public interest.”

In other words, unless you get paid, you don’t get to call yourself a journalist. First blood: Bloggers.

But what if the reporter in question doesn’t work for a newspaper, television station, radio station or wire service? What if they got a job at Wikileaks?

So that means that independent investigative journalists who run their own sites and leak sites like Wikileaks and Cryptome aren’t covered. See also: Targets of state-level “Ag-Gag” laws, which criminalize the filming of factory farm conditions and other agricultural atrocities, and people who film the police.

In fact, the Free Flow of Information Act spends more time detailing what it will not cover than describing who it will protect. Luckily, it isn’t hard to see who ends up in the clear with this media shield bill: NPR. The Washington Post. The New York Times. CBS. NBC News. CNN. News organizations that already defer to power and cooperate with the state.

This is the same media landscape that promotes the gatekeeper myth, keeps the “view from nowhere” on life support and props up barriers to entry to the industry for all but the most economically privileged. This shield bill will only serve to strengthen the existing journalism cartel and will decimate the “uncovered,” free journalism world.

Trevor Hultner is an independent journalist, retail salesperson and Internet content creator. When not writing commentary for C4SS, he is the host and producer of Smash Walls Radio (@smashwalls), and is working on a new project about the economics of everyday life. You can find him on Twitter: @illicitpopsicle Republished from Center for a Stateless Society under Creative Commons License 3.0.