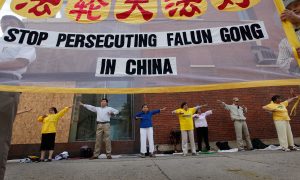 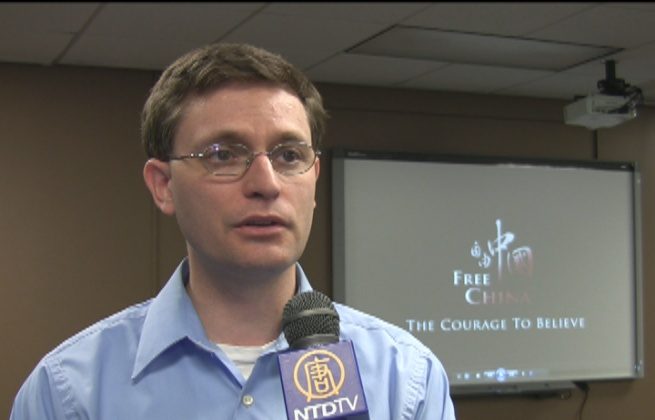 Congressman Martin Howrylak (R-Mich.) attended a showing of "Free China: The Courage to Believe," on May 5, 2013. (The Epoch Times)
China

An exclusive screening of the award winning documentary, “Free China: The Courage to Believe,” was held at the Troy Public Library on May 5 in Troy, Michigan.

“It was telling the truth about what went on; ‘I’m not going to stand still. I’m going to keep talking. I don’t quit’,” she said, moved by the individual stories told in the documentary.

“Free China” tells the story of Jennifer Zeng, a mother and former Communist Party member, and Dr. Charles Lee, a Chinese-American businessman. Zeng and Lee are also practitioners of the spiritual discipline Falun Gong, a traditional Chinese practice that became widely popular throughout China in the early 1990s.

The Chinese regime illegally outlawed the practice in 1999. Zeng, along with millions of others, was persecuted and imprisoned for her faith. She was held captive inside a notorious reform-through-labor prison where she endured physical and mental torture to make her give up her belief.

“I’m that lady who said ‘I won’t give up’,” Zembrzuski said, moved by Zeng’s determination. “I like my freedom and I know everybody does,” she said, adding that is why everyone wants to come the U.S.

“Everyone should have freedom,” she said.

Lee, an American citizen, traveled to China in 2003 to help end the persecution. He planned to tap into the state controlled cable TV networks and broadcast videos that revealed the truth of Falun Gong, and break the continuous broadcast of the communist regime’s propaganda.

Lee’s plan faltered. He was arrested and held prisoner inside a Chinese labor camp for three years where he was forced to make items like Christmas lights and Homer Simpson slippers.

“It makes me appreciate more what we have in the United States, and respect those who have stood up for their values in China,” he said. “I wish more people could see this movie.”

Remembering words of Ronald Reagan, Howrylak declared, “Freedom is never more than one generation away from extinction.”

“If each generation does not stand up to defend the freedom that we have and the values that we have, the first generation that fails to do that, we will lose everything we have.”