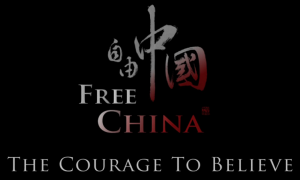 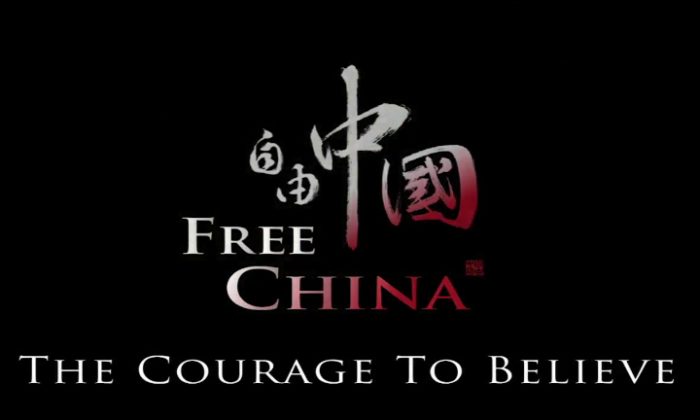 The movie “Free China: The Courage To Believe” illustrates that freedom of speech, conscience, and religion are inextricably linked, also, that China’s governance problems today exist mostly from the conflation of paramount leader Deng Xiaoping’s economic reforms after 1978 into what has become a system of crony capitalism/Leninist governance.

David Matas and I visited about a dozen countries to interview Falun Gong survivors, who managed to leave both the estimated 350 forced-labor camps across China and the country. They told us of working in appalling conditions for up to sixteen hours daily with no pay and little food, crowded sleeping conditions and torture. As indicated by Jennifer Zang and Charles Lee in “Free China,” they make all manner of exports for Western consumers. This constitutes both corporate irresponsibility and a violation of World Trade Organization (WTO) rules; all governments should place an onus on importers to prove their goods are not made in effect by slaves.

In a 2014 book “The Slaughter,” author Ethan Gutmann explains how he arrives at his “best estimate” that vital organs from 65,000 Falun Gong practitioners and “two to four thousand” Uyghurs, Tibetans, or House Christians were seized in the 2000–2008 period alone. Organs are pillaged and trafficked for high prices to wealthy Chinese and “organ tourists” from around the world. The commerce has been termed a “new crime against humanity.”

Absence of Rule of Law

David Shambaugh, named one of America’s top 20 China watchers by the China Foreign Affairs University (affiliated with its ministry of foreign affairs), is now convinced that we are witnessing the “endgame of Chinese communist rule.”

Recently, he wrote: “In 2014, Shanghai’s Hurun Research Institute … found that 64 percent of the “high net worth individuals” whom it polled—393 millionaires and billionaires—were either emigrating or planning to do so. Rich Chinese are sending their children to study abroad in record numbers…

“… since taking office in 2012, (President) Xi has greatly intensified the political repression that has blanketed China since 2009. The targets include the press, social media, film, arts and literature, religious groups, the Internet, intellectuals, Tibetans and Uighurs, dissidents, lawyers, NGOs, university students and textbooks…

“(Corruption) is stubbornly rooted in the single-party system, patron-client networks, an economy utterly lacking in transparency, a state-controlled media and the absence of the rule of law…”

Governments, investors and entrepreneurs should examine why they are supporting the violation of basic human rights in order to increase trade and investment with China.

The world’s democrats should, however, continue to engage with Beijing and the broadest possible range of citizens across China. Democracy with very Chinese features is probably much closer than many think.

The long suffering Chinese people want the same things as the rest of us, respect, education, safety and security, good jobs, the rule of law, democratic and accountable governance and a sustainable natural environment. If the party-state ends its systematic violations of human rights at home and abroad, and begins to treat its trade partners in a transparent and equitable way, this century can move towards harmony for both China and the world.

Hong Kong an Example for China

On a number of issues, including free speech and freedom of religion, as Hong Kong’s Martin Lee recently reminded parliamentarians in Ottawa, Hong Kong is an example for the rest of China.

Anson Chan (Chief Secretary of Hong Kong under both British and Chinese governments) agrees, “One of my most cherished hopes for my country is that, over time, China can evolve peacefully to a nation where basic human rights are guaranteed and where every individual has an equal right and opportunity to influence how and by whom he or she is governed… I have the benefit of living in an open, pluralistic, tolerant society, rooted in the rule of law, personal freedom, clean government and sense of fair play… I learn never to take these values for granted.”

On the 1.8 million China-born residents in Hong Kong, Chan adds: “It is vital to keep building this ever expanding network of economic and personal ties between our two countries. It is a key to greater mutual understanding and trust. In order to play this role, Hong Kong must remain true to itself and the rights and freedoms enshrined in our constitution, the Basic Law, under the concept of ‘one country, two systems,’ namely, the rule of law and an independent judiciary; freedom of expression, including freedom of the press; freedom of religion; freedom from arbitrary arrest and imprisonment; and zero tolerance of corruption.”

The above is an adaptation of a speech delivered at a special screening of “Free China: The Courage To Believe,” hosted by American INSIGHT in association with Delaware Humanities Forum at Theatre N in Wilmington, Del., on March 25, 2015.

For information about the award-winning documentary “Free China” by Kean Wong and Michael Perlman, go to: www.HelpFreeChina.com