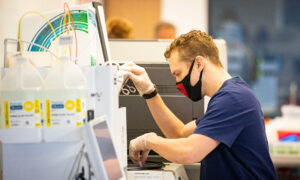 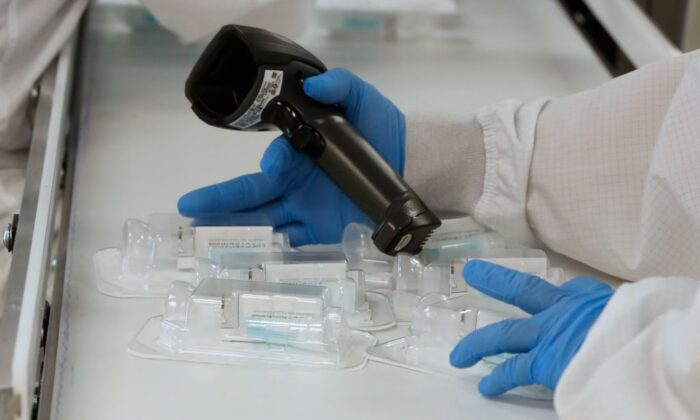 IRVINE, Calif.—Orange County, California, is set to become the first county in the nation to offer free COVID-19 saliva tests to its residents, says Orange County Supervisor Andrew Do.

The announcement came Nov. 17, less than two weeks before Thanksgiving kicks off the winter holidays, and a day after California Gov. Gavin Newsom announced that Orange County had fallen into the most restrictive COVID-19 tier.

“By making testing accessible and convenient, we would like [the public] to work that into [their] holiday celebration practice,” Do said during a live-streamed meeting.

“If you are going to go see your grandparents, or just family in general, two or three days before you go, you want to take a test, the result will be available within 24 hours, then you will know your status going into the gathering.”

Party-goers should test themselves a second time two or three days after attending a gathering, to ensure they didn’t contract the virus during the event, he said.

The county’s swab-testing programs that were already in place focused largely on people with COVID-19 symptoms and essential workers. These new tests will be more broadly available to anyone.

The new initiative for COVID-19 testing, authored by Do and Orange County Supervisor Doug Chaffee, will allow for quick, easy, and widespread testing. Those wanting to get tested can either pick up a testing packet or have it mailed. They must provide a saliva sample, before returning it to community clinics in Santa Ana or Anaheim.

Within 24 hours (or potentially 48 if the sample is mailed back), results are given.

About 11,000 polymerase chain reaction (PCR) tests will be available to pick up for free by next week in Santa Ana or Anaheim. The cities were chosen because they’re home to Orange County’s highest COVID-19 infection rates. The initial 11,000 kits will be reserved for Santa Ana and Anaheim residents, but after next week, any Orange County resident will be entitled to one.

About 500,000 kits will be available by the end of December.

Orange County is among 41 counties in the purple tier in a state with 58 counties, meaning 94 percent of California is colored purple. The tiered system is controlled at a state level.

“I want to emphasize that the tier system is administered by the state … and the counties are advised as to what the decisions that were made by the state,” Do said during the meeting. “So the counties really have very little control over that, other than controlling the numbers that the state uses in order to decide which tier to put counties in. So in Orange County, we have to abide by the guidelines that are appropriate for the tier that we have been assigned. And we do our best to live within those guidelines.”

COVID-19 is expected to continue spreading in the coming few months due to holiday travel and gatherings, Do added.

“We know Thanksgiving usually opens the holiday season, and in pretty rapid succession, you have within a month three major holidays that people tend to congregate, get together [with] friends and families. And so there is a great likelihood that the amplification effect will compound the challenges that we face … and so the risk that our health system can be overwhelmed is very high,” he said.

Chaffee added that because of the nature of the test, residents should take more tests than they did prior.

“Initially, I would point out that this is easier than what we’ve been doing,” he said during the meeting. “I’ve had a number of tests that are the swab-type through the nasal, all I could do is suppress a sneeze. It kind of tickles and is uncomfortable. This is saliva. It’s easy. There’s no reason for any discomfort in collecting material that goes into the test kit.”

The testing kits will be paid for by Coronavirus Aid, Relief, and Economic Security (CARES) Act funding.