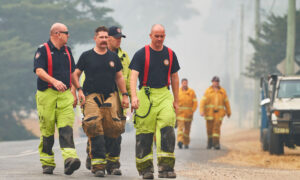 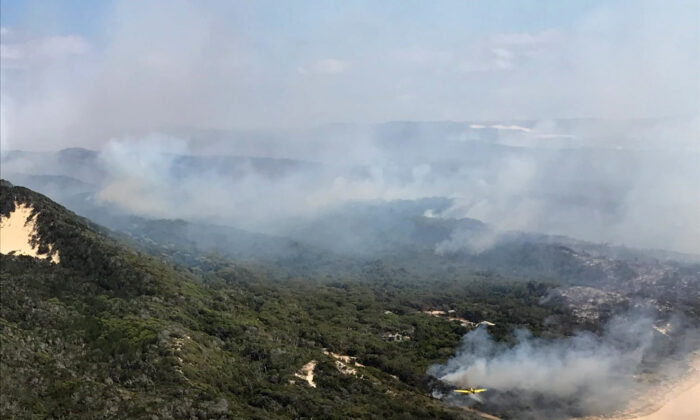 Firefighters on Fraser Island, also known as K’gari, are in for another day battling a massive bushfire that has destroyed nearly half of the world-heritage-listed national park.

Queensland Premier Annastacia Palaszczuk has ordered a review into the Department of Environment and Queensland Fire and Emergency Service’s (QFES) response to the fire, which has burnt over 81,000 hectares.

“The sight of it burning is so painful,” Palaszczuk told parliament on Wednesday.

“It’s understandable that those who love the island want to be assured that everything that could be done to protect it has and is being done,” she said.

“That is why I can confirm the Inspector-General Emergency Management has been instructed to conduct a full review. He will examine all aspects of preparedness and response,” the premier said.

The fire continues to burn on three fronts, and has forced authorities to start ordering the evacuations of tourists and staff from the popular holiday spot on Dec. 1.

Currently, seven workers remain at the site to look after the firefighters who are staying on the island.

One front of the blaze is about 2km east of Kingfisher Bay Resort and heading south.

Another part of the bushfire is about 4km west of Happy Valley campsite.

On the eastern side of the island, the fire is about 3km south of the evacuated Cathedrals on Fraser camping grounds.

However, the vast amount of sand and loose soil on the world’s largest sand island means the water drains away quickly.

On Friday, QFES took control of handling the fire from Queensland Parks and Wildlife Service who have since been providing support.

The blaze is believed to have been started by an illegal campfire on Oct. 14 and has been burning for over seven weeks.

Most of Queensland is currently under heatwave conditions, and authorities warn weather conditions could deteriorate.

Leach said firefighters are prepared to deal with increased fire activity expected across the state.