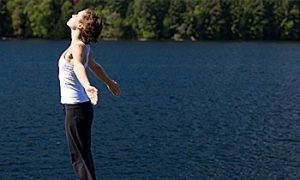 Move of the Week: Mountain Pose
0

Sydney Council Under Fire for Developments
0 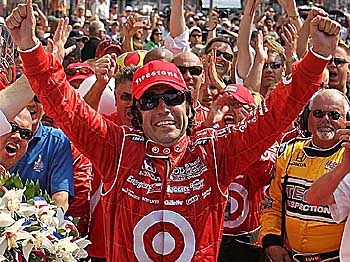 By James Fish
Print
Dario Franchitti won his second Indianapolis 500 Sunday, leading 155 of the 200 laps, most by a significant margin. Franchitti had far and away the fastest car in the track. He was also on the only team among the leaders that didn’t make some basic error to set itself back.

The 45-year-old Scot proved perfectly that racing is a team sport. His Target-Ganassi crew performed flawlessly on every pit stop, adjusted his car so that it got better after every stop, and provided him with winning race strategy.

For his own part, Franchitti never turned a wheel wrong. He was aggressive when he needed to be, patient when he had to be, and precise at all times. When strategy called for it, he opened a lead of as much as nine seconds on the field; when conditions demanded it, he saved fuel better than any other driver, while still protecting his position.

After drinking from the ceremonial bottle of milk given to Indy winners, Franchitti told ABC, “This tastes just as good second time.”

At the post-race press conference on Indycar.com, Franchitti explained that the car was a handful, but a fast handful.

“It wasn’t easy to drive it was dancing around in [Turn] One as much as I’ve had a car move around in here in the rear—but it was fast,” he said. “Everybody had a problem in traffic but we seemed to get through, and it was all looking good right up until that yellow [at lap 148], and we had to save fuel, and were we saving enough?”

For team owner Chip Ganassi the victory was doubly sweet. Ganassi became the first team owner to win two of the biggest races in the nation, NASCAR’s Daytona 500 and the Indianapolis 500, in the same year.

Ganassi stood Indy’s Borg-Warner trophy next to Daytona’s Harley Earl trophy on the podium. “I was just asking Chip how good it felt to win Daytona and Indianapolis in the same year,” Franchitti joked on ABC. He’s hugging all the trophies here.”

When one reporter asked Franchitti to compare this Indy 500 win to his win in 2007, Franchitti replied, I think that would be like comparing my two dogs. You can’t do it. They’re different. They’re both pretty cool.” After pausing a moment he went on, “I need a third dog.”

While Franchitti and his crew did everything right, the other big teams all made costly errors.

Early in the race Penske’s Will Power, who had led a few laps, pulled out of the pits with part of the refueling rig still attached to his car, earning himself a drive-through penalty and setting him well back.

Scott Dixon’s crew failed to secure a left front wheel on his target-Ganassi car on a routine yellow-flag pit stop on lap 65, costing him valuable places. On the same set of stops Raphael Matos’s crew failed to tighten a left rear wheel.

Penske driver Helio Castroneves, who was looking for his fourth win, spent much of the race calmly pacing Franchitti, waiting until the late laps to strike. But Castroneves stalled his car on a yellow-flag pit stop on lap 138, dropping to 15th place, and spent the rest of the race struggling to get to the front. When he eventually got there, he ran short of fuel and had to pit for a splash.

About fifty laps to go, it’s one of those thingS: you can’t make a mistake,” Castroneves said on Versus. “That’s the time you’ve got to succeed, and for the first time I let my guys down. I stalled the car in the pits—moved all the way back.”

To compound his problems, Castroneves flat-spotted his ties coming in for the fuel stop. His team had planned a fast, fuel-only stop, but had to change all four tires, costing Castroneves even more time.

On the restart after Helio’s error, teammate Ryan Briscoe overcooked it on cold tires and slammed the wall, ending his day.

Briscoe told an ABC reporter, “I got up in the marbles a little bit halfway Turn Four, didn’t have as much grip as I expected and … It’s just too bad. So disappointed—I wanted to win this so bad. I just have to wait another year now.”

Some teams did much better than expected. Andretti Autosports, which had struggled badly all month, found the groove on race day. At one time AA’s cars were running second, third, sixth and ninth.

Tony Kanaan started in last place and worked his way up to second. Had he not run short of fuel, he might have contended for the win.

Most of the race was dominated by Dario Franchitti, but the final laps brought tension, as much of the field was trying to conserve fuel, unsure of they would make it to the finish. Other drivers, notably second-place finisher Dan Wheldon, had enough fuel to push, and closed the gap quickly, and might have caught Franchitti, had Mike Conway not run over Ryan Hunter-Reay on the last lap.

This was an horrific-looking accident. In a desperation move, Conway tried to push inside of Ryan Hunter-Reay when there simply wasn’t room. Their wheels touched, and Conway’s car launched into the air cartwheeling into the catch fence and breaking in half, then bouncing upside down onto the pavement.

Despite the extreme damage, Conway escaped with minor injuries to his leg, according to Indycar.com.

The crash happened right in front of Danica Patrick, who was lucky not to get caught up in it.

I didn’t want anyone hurt, first and foremost,” she told a Versus reporter. “Cars are like a football out there. You’re not sure where they’re going to go. They kind of hook and spin and they go all different directions, and so I was glad to get through that. And bring the car home in a good position.”

Even after the yellow waved, the race was not done. No one was sure who had enough fuel to finish. Danica Patrick said “I’m not going to lie. I’m a little glad the yellow came out at the end we were definitely cutting it close. My fuel alarm was on for a lap or so before that.”