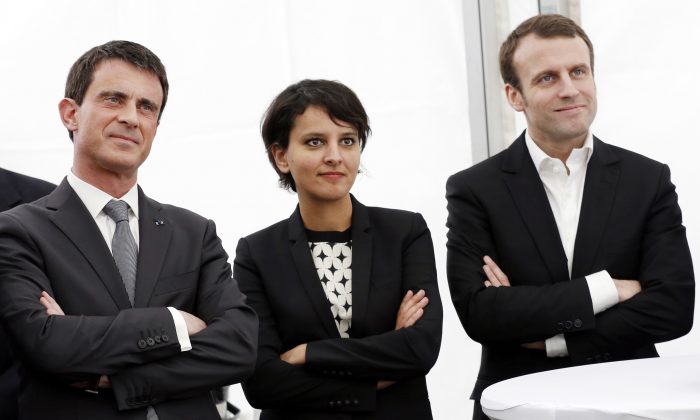 A minor economic reform leads to panic in France

It’s received wisdom that France does not reform except by violence. Since I heard my French brother-in-law repeat this wisdom recently, I believe that it must be true.

The French government is currently involved in a life-and-death struggle to pass a law that would introduce a few minor economic reforms. It’s called “la loi Macron,” after the government minister who designed it.

The prime minister—the comparatively popular Manuel Valls—is uncertain whether his own party in the National Assembly will back the measure. In hopes of ensuring passage, Valls has taken advantage of a clause in the French Constitution, according to which he is entitled to push through one bill per legislative session on his own authority, without parliamentary approval, provided that he then submits to an opposition motion of no confidence. If he loses that vote, he must resign; but Valls has calculated that his own party will, in the final analysis, support him rather than risk new elections.

That so minor a piece of legislation can have brought about a political crisis is symbolic of France’s paralysis (and that of much of Europe also). The law, self-proclaimed as being for “growth and equality of opportunity,” would institute certain small changes. For example, stores at present are allowed to open 5 Sundays per year; the law would allow them to open 12 Sundays instead (with the permission of local authorities).

Other provisions include the creation of tourist zones in which stores would be permitted to trade every Sunday; a streamlining of the employment tribunals that make it so difficult and costly to fire anyone in France; the liberalization of the legal profession and a reduction in its fixed charges; and the introduction of competition into bus lines.

Another provision would oblige foreign haulage companies, principally from Eastern Europe, to pay their drivers at least the French minimum wage while they operate in France (reminiscent of Britain’s Navigation Acts).

These amendments are not such as to change the country profoundly, but the Socialist deputies in the National Assembly see them as the thin end of the wedge—as every change is seen in France. When my wife and I went to see our notaire recently, there was, not surprisingly, a prominent poster in his chambers declaiming against la loi Macron.

The Constituent Assembly may have abolished all feudal privileges in France on Aug. 4, 1789, but many restrictive commercial privileges of a different kind have been developed since. No matter how small they might be, their abolition always leads to conflict between those who benefit from them and those who must pay for them. This is not quite the same as saying that no privileges are ever justified or justifiable or that any society can do without them entirely; but when they become too prevalent or onerous, the economy seizes up.

A sign of France’s stagnation is that the originator of this minor law— the minister of the economy, Emmanuel Macron—has received death threats.