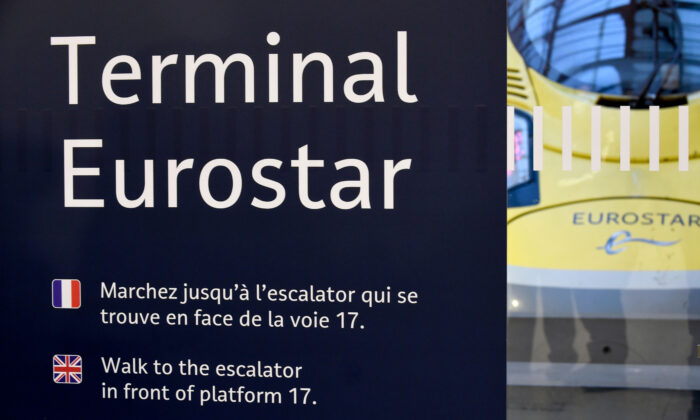 France to Ban Non-Essential Travel From UK Amid Omicron Concern

France is banning travel “without compelling reasons” to and from the UK, effective Dec. 18, over concern regarding the Omicron variant of the CCP (Chinese Communist Party) virus.

Tourism and business trips won’t be considered as compelling reasons for travel, but French citizens and residents, as well as their children and spouses or cohabiting partners, will still be able to travel to France.

Arrivals from the UK will have to pre-register online before traveling, show proof of a negative PCR test or TAG (antigen) test that’s less than 24 hours old, and take another test upon arrival, regardless of their vaccination status. They’ll also have to self-isolate for seven days, or two days if the post-arrival test result is negative.

“In the face of the extremely rapid spread of the Omicron variant in the United Kingdom, the government has chosen to reinstate compelling reasons for travel to and from the United Kingdom, and to strengthen the requirement for testing on departure and arrival,” the office of French Prime Minister Jean Castex said in a statement. “In the UK government’s own words, the UK will face a ‘tidal wave’ linked to the Omicron variant in the coming days.”

The statement was referencing British Prime Minister Boris Johnson’s words on Dec. 12, when launching what he called an “Omicron emergency booster national mission.”

French government spokesman Gabriel Attal told BFM Television that the rules are aimed at slowing down the arrival of Omicron variant cases in France and allowing the country’s booster campaign to advance.

Amid questions over how the new policy will affect cross-Channel trade, UK Transport Secretary Grant Shapps wrote on Twitter that he had contacted his French counterpart and confirmed that freight haulers will be exempt.

The new French measures come as concern is mounting over the Omicron variant, which is surging in the UK, with daily confirmed CCP virus cases reaching a record high of 78,610 new cases on Dec. 15.

Available data from South Africa show lower rates of hospitalizations and deaths with Omicron than previous waves of CCP virus infections. But UK ministers have said they worry the number will be high due to the fast spread of the variant and that the trend in South Africa may not apply to the UK because the latter has an older population.