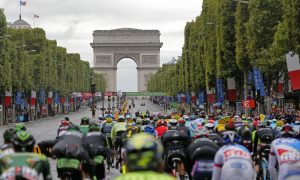 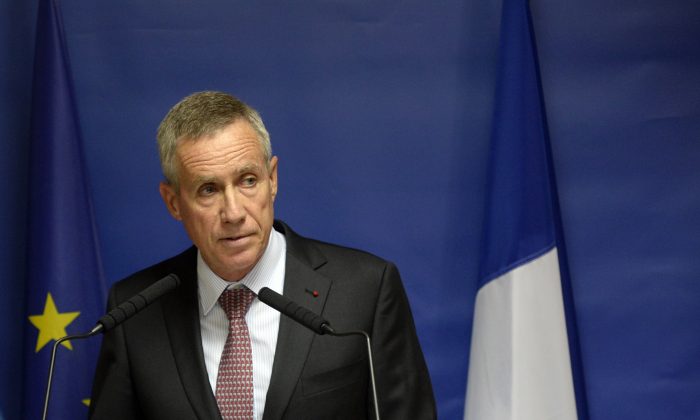 Paris chief prosecutor Francois Molins delivers a speech on August 25, 2015 in Paris during a press conference concerning Ayoub El-Khazzani, the suspect in August 21's Thalys train attack, has been brought before the court after four days in custody. (Miguel Medina/AFP/Getty Images)
Europe

PARIS—French authorities formally opened a terrorism investigation on Tuesday after a thwarted attack on a high-speed train last week, saying the suspected gunman had watched a jihadi video onboard minutes before the violence.

The decision to open an investigation was based on the actions by 26-year-old Moroccan suspect Ayoub El-Khazzani on the train Friday night and information from other European authorities about his travels and apparent links to radical Islam, prosecutor Francois Molins said.

Molins said El-Khazzani notably watched the online video on his phone minutes before he walked through the Amsterdam-to-Paris train carrying an assault rifle and other weapons. Authorities say that they found the suspect’s phone in a bag left in the train.

The gunman was tackled and tied up by a group of three American friends and a British businessman. Another man who tried to stop him — a French-American named Mark Moogalian — remained hospitalized with a gunshot wound.

According to French law, authorities must file preliminary charges against the suspect by Tuesday night or seek a special extension to his temporary custody.

The next step will be determining where his weapons came from, how he financed them and whether he had any accomplices, Molins said.

El-Khazzani was found to have an AKM assault rifle with 270 rounds of ammunition, a 9mm handgun, a box-cutter and a bottle of gasoline, the prosecutor said.

The suspect had travelled through several European countries and had been repeatedly incarcerated in Spain and flagged for surveillance in France, Molins said. He may have tried to go to Syria.

In questioning, El-Khazzani said he had no terrorism plans and had found a bag of weapons the night before in a Brussels park and planned to use them to rob passengers, according to Molins. But his explanation grew less and less lucid, the prosecutor said, and the suspect eventually stopped speaking to investigators at all.

El-Khazzani boarded the train on Friday at a Brussels station.

One reason investigators suspect a planned attack was that El-Khazzani, who claimed to live in a Brussels park, took a first class ticket and refused to take an earlier train though there were seats available.

In Brussels, investigators searched two buildings where the gunman may have stayed in the Molenbeek-Saint-Jean neighborhood, the Federal Prosecutor’s Office said in a statement Tuesday. No one was detained or taken in for questioning, though investigators seized “some objects” for further examination, it said.

Moogalian is hospitalized in northern France with a bullet wound.

U.S. military authorities in Germany say Stone is doing well at an American military hospital where he is being treated.

Landstuhl Regional Medical Center spokesman Chuck Roberts said Tuesday that Stone arrived at the facility in southern Germany the day before and seemed in good spirits, smiling and shaking hands with leaders of the U.S. military hospital.

He says Stone is being treated for a laceration to his thumb, for which a full recovery is expected with ongoing therapy, as well as a “non-critical” eye injury and more minor wounds.

It’s not yet clear when Stone will be transferred back to the U.S.