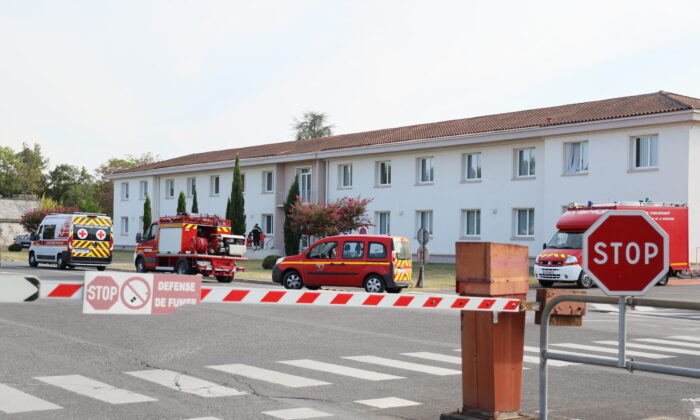 Firefighter vehicles at an entrance of the Manuco factory, which produces a compound used in gunpowder, after a blast occurred, injuring eight people, one of them seriously, in Bergerac, southern France, on Aug. 3, 2022. (Yohan Bonnet/AFP via Getty Images)
Europe

PARIS—An explosion Wednesday at a French plant that produces a component of gunpowder injured eight people, one of them seriously, local officials in southwest France said.

The plant located in the town of Bergerac specializes in making nitrocellulose, a highly flammable chemical compound.

Jean-Charles Jobart, the deputy prefect of Bergerac, said the cause of the explosion was “obviously internal” to the plant but that there would be an investigation to pinpoint it

The explosion caused a fire, and about 60 firefighters were deployed to the site and extinguished the blaze by Wednesday afternoon, officials said.