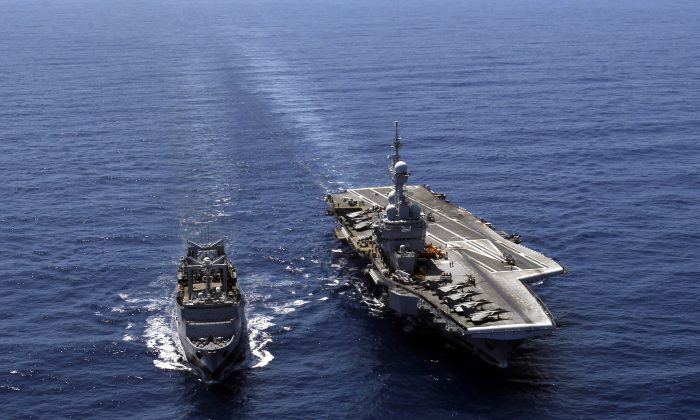 PARIS—France will deploy an aircraft carrier in the Persian Gulf to assist the fight against the ISIS group in Iraq and Syria.

He didn’t say when the carrier will leave the French Mediterranean port of Toulon.

The Charles de Gaulle, France’s only aircraft carrier, will boost the air power of the U.S.-led coalition conducting airstrikes in Iraq and Syria.

The French carrier had previously been deployed in the Persian Gulf from February to April this year, conducting between 15 and 20 flights per day, according to the French military.

France Carries out Airstrikes in Syria Against Islamic State

France also has 12 jet fighters based in the United Arab Emirates and Jordan involved in the operations.

About 9,300 military and civil staff who were previously dispersed around a dozen different sites are now based in the 4.2 billion euro building ($4.6 billion), dubbed the “French Pentagon.”