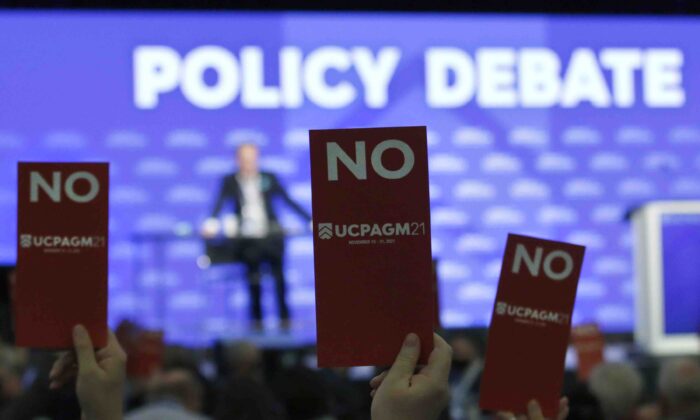 The contentious April 9 party vote to determine the fate of Alberta Premier Jason Kenney’s leadership has been changed from an in-person vote to mail-in ballots.

UCP president Cynthia Moore, in a public statement, says the change was due to the unexpected crush of people signing up to vote in Red Deer to decide whether Kenney should stay on as party leader.

Moore says the membership has ballooned to more than 15,000 registrants and says the party is responding to demands from members to make it easier to have their say.

The party is also dropping the registration fee.

Moore says a national auditing firm will be hired to oversee the process, with more details coming later.

Kenney’s leadership is being openly challenged by a segment of the party and if he doesn’t get more than 50 percent support in the review a leadership race must be called.