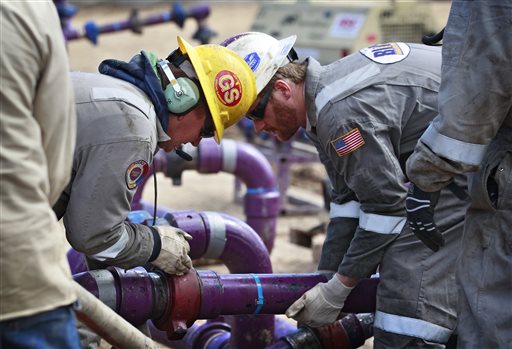 Fracking Not the Source of Methane in Water, Says Pa. DEP

NEW YORK—Methane found in water wells in Franklin Forks in Susquehanna County, Pennsylvania, did not come from fracking, according to the Pennsylvania Department of Environmental Protection (DEP).

“After a 16-month investigation, the Department of Environmental Protection has determined that high levels of methane found in three private water wells in Franklin Township, Susquehanna County, cannot be attributed to natural gas drilling activity in that geographical area,” a statement from the DEP said Monday.

DEP’s testing also determined that the gas in the water samples taken from the private water wells was not of the same origin as the natural gas in the nearby gas wells.

The U.S. Environmental Protection Agency (EPA) concluded in July of 2012 there were not levels of contaminants present in water in Dimock, Pennsylvania. Dimock, also located in Susquehanna County, had been prominently featured in the Josh Fox documentary “Gasland” in 2010.