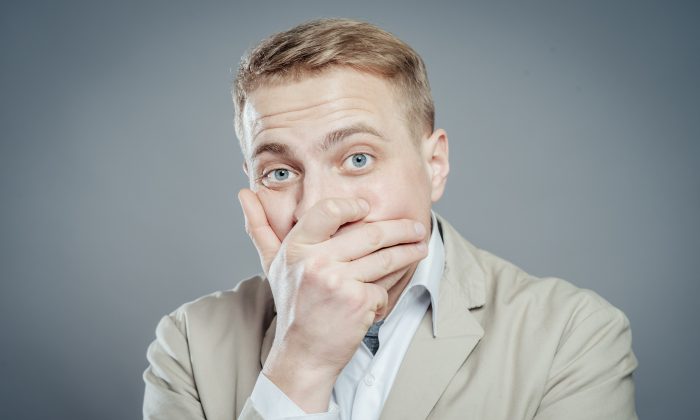 A sudden jump in earthquakes more than a year ago in the Oklahoma region prompted geologists from the Oklahoma Geological Survey (OGS) at University of Oklahoma to look into whether or not there was a correlation with hydraulic fracturing, most commonly referred to as fracking. Magnitude 3 earthquakes were happening almost twice daily on average.

At first, the OGS did not fully reveal their findings, stifled by pressure from oil industry executives.

But then, the OGS made a joint statement with US Geological Survey (USGS) in October 2013, stating that wastewater disposal, among other things, could be a contributing factor, which caused oil industry executives some anxiety, according to an article by trade daily Energy Wire.

EnergyWire obtained emails revealing that OGS was pressured into not mentioning that most of the earthquakes were manmade and they had been keeping quiet about it since 2010.

In one of the emails, an OGS scientist, Austin Holland, who knew there was a link, was being pressured by oil executives not to discuss it. Earlier he made the excuse that there was not any direct scientific proof connecting earthquakes with fracking.

Holland’s research did produce unsettling data from the southern town of Marietta, but he still would not connect it to fracking. After the joint announcement, he was confronted by his superiors at the university and Oklahoma Corporation Commission (OCC), a main regulatory body for oil and gas.

A leading donor to the University of Oklahoma, Continental Resources Chairman Harold Hamm who was Mitt Romney’s energy adviser, was also interested in speaking to Holland, says the Energy Wire report.

They are in the denial phase that this is a possibility.
— Austin Holland, OGS scientist

According to email exchanges with his superiors, Holland explained to Continental and the OCC that his input only benefited the USGS assessment, but that “Continental does not feel induced seismicity is an issue and they are nervous about any dialog about the subject.”

“They are in the denial phase that this is a possibility,” he wrote of the executives.

Among the interested parties in Holland’s discussions with his bosses was Patrice Douglas, then-OCC commissioner, who was running for Congress at the time. Allegedly she was receiving sizable campaign funds from Continental, which included money from Hamm.

Other geologists have warned that the onslaught of smaller quakes could lead to an increase in bigger ones.