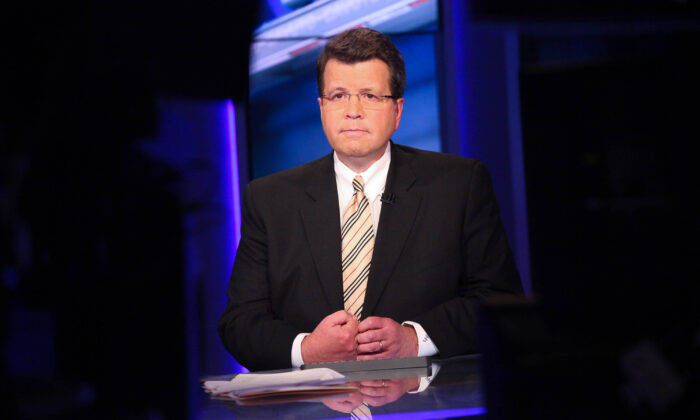 Fox News host Neil Cavuto on Monday announced that he was in a hospital intensive care unit with COVID-19 pneumonia.

“I did get COVID again, but a far, far more serious strand, what doctors call COVID pneumonia,” Cavuto said on the air. “It landed me in intensive care for quite a while and it really was touch-and-go. Some of you who’ve wanted to put me out of my misery darn near got what you wished for! So, sorry to disappoint you!”

The Fox News host added that he has a “very compromised immune system” that he believes caused him to develop more severe symptoms from COVID-19, caused by the CCP (Chinese Communist Party) virus.

“Because I’ve had cancer and right now I have multiple sclerosis, I’m among the vulnerable 3 percenters or so of the population that cannot sustain the full benefits of a vaccine,” Cavuto added. “In other words, it simply doesn’t last.”

“These breakthrough cases are overwhelmingly happening among immunocompromised individuals like myself,” he also said on his show, while promoting COVID-19 vaccines. Cavuto said he is fully vaccinated.

Cavuto, 63, also thanked his co-hosts for replacing him during his time away from the network. Fox News did not address his illness publicly because he asked them not to. He hasn’t appeared on the channel since Jan. 10.

“They were honoring my wishes, out of respect for my privacy, even though they were getting a lot of heat trying to protect my privacy,” Cavuto said. “I wasn’t really hiding anything. I just felt I wasn’t the story. The stories on this show were and are the story. It’s about you, it’s not about me.”